Researchers from the Optics group at Glasgow University have collaborated with colleagues at Heriot-Watt Univeristy to showcase some of their cutting edge technology at the Royal Society Summer Science Exhibition 2014.

Attended by over 12,000 visitors between 1st-6th July, they demonstrated three unique cameras that challenge the way we see the world: a cheap camera attachment for taking 3D pictures, a video camera containing just 1 pixel, and a camera that can take pictures so fast it can see the motion of light through air.‌ 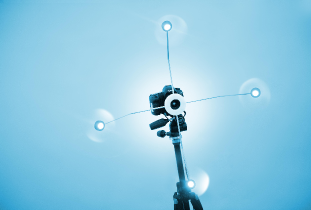 How many pixels does a camera really need?

Most cameras contain millions of pixels that are used to capture images. At Glasgow we have developed a video camera that is different: it has just one pixel.

Millions of tiny mirrors are used to reflect the light from a scene as a series of patterns onto a single pixel. The pixel can be made sensitive to nearly any colour, and a computer algorithm uses the reflected light and the mirror patterns to produce images. 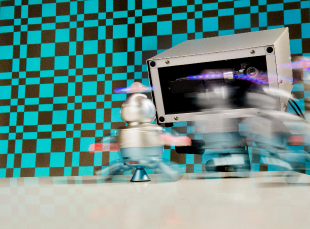 This approach to imaging allows us to see the world in colours that our eyes and normal cameras cannot see and could have important applications in medical diagnostics and night vision to name just a few. 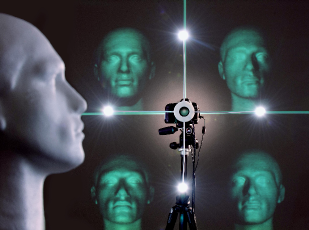 3D imaging with one camera

Do you know how 3D images are made?

Consider how our eyes see the world in 3D. Each eye views the world from a slightly different perspective. Try it for yourself by closing one eye at a time and see how the positions of things change depending on their depth. Most 3D images are made using the same principle, a technique called 'stereo imaging', by taking two images on two cameras at the same time, and calculating the depth on a computer.

At Glagsow we have built a 3D photo booth that takes 3D pictures using just one camera. How does this work? By using a technique called 'photometric stereo'. Surrounding the camera are four lights that are used to illuminate the scene differently in four pictures.

Differences in the shading of each picture can be used to calculate the 3D surface and produce a 3D image.