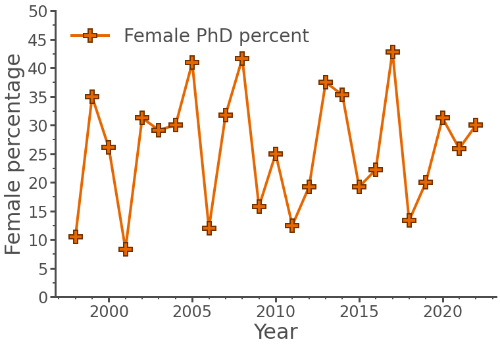 Typically 20-25 postgraduate research students start with us each year (although numbers were higher in 2014), and almost one in four (23%) of these are female. Our taught postgraduate masters degree the last two years have been above 35%, it is too early to tell if this is a significant shift.

Whilst these proportions are very similar to those on our undergraduate degrees, they are only partially correlated.  Many of our postgraduate students have their first degrees from other universities in the UK or elsewhere in the world, and these numbers will be influenced by female proportions in physics and astronomy in the rest of the UK and internationally. 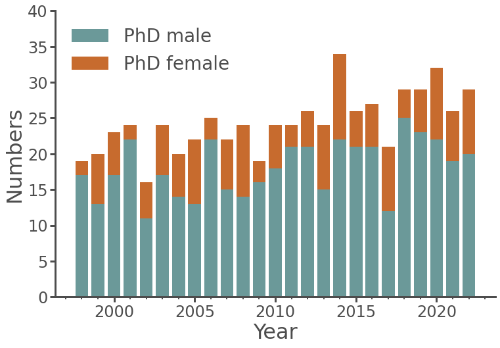 Since we launched our postgraduate MSc courses in 2010, total numbers have grown rapidly, and the percentage of female students has also grown rapidly.  This is mostly uncorrelated with our undergraduate student numbers, as the majority of the students on these courses did their first degree at another university. 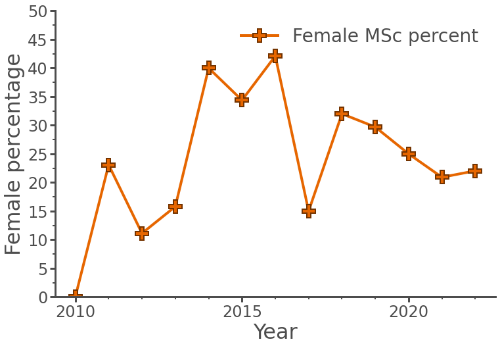 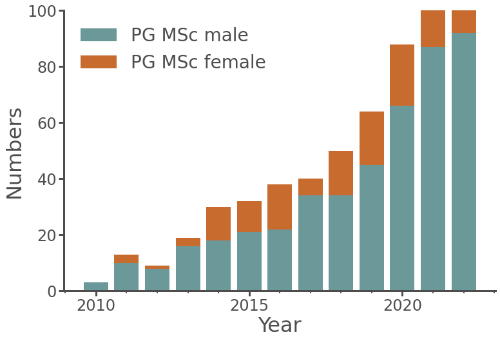