SH2 Mind and Knowledge in the Scottish Enlightenment

This course will compare the works of the two major Scottish philosophers of the Enlightenment period, David Hume (1711-1776) and Thomas Reid (1710-1796).

We will begin by studying David Hume's influential views on central philosophical issues such as knowledge, causation, personal identity and free will, as found in his first great work, A Treatise of Human Nature (1739). In the Treatise, we find the core epistemological method of the British Empiricist tradition developing into a position that appears to combine serious sceptical challenges to our core pre-philosophical beliefs about the self, causal relations and our knowledge the external world with the development of a new, naturalist approach to epistemology that grants a central place to human nature.

Thomas Reid's common sense philosophy - a direct response to Hume and the empiricist tradition as a whole - seeks to develop an alternative metaphysical and epistemological framework that undermines the sceptical challenges found in Hume's writings by providing a notion of justification grounded in first principles based in human nature. In doing so, he gives us a theory that, while sharing an emphasis on human nature with Hume, involves a radically different account of the self and its epistemological relationship with the external world.

We will also explore the respective methodologies of the two philosophers and look at the influence of Enlightenment science, specifically Robert Boyle and Isaac Newton, on them. 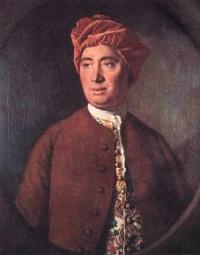 Preliminary reading: Prospective students might read the Introduction and first section of the Treatise for a flavour of Hume's writing. A glance at the Noonan introductory text will provide a good idea of the range of issues we will be covering, and John Biro's paper 'Hume's new science of the mind' in Norton and Taylor provides an introduction to one of the core issues. Wolterstorff's book is probably the best introduction to Reid available at the moment.

It is strongly recommended that you purchase a copy of the Treatise. There is no need to purchase copies of the other works, although you might want to consider buying on of the following anthologies of Reid's writings: 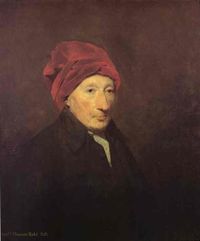 * indicates that an electronic version is available through GUL or Moodle.
I would recommend ensuring you read at least one of the above secondary texts on Hume. The Noonan book is the most introductory, with Wright's pitched at a slightly higher level, and Norton & Taylor is the best collection of papers.

After completing the course, students should be able to: