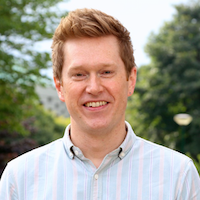 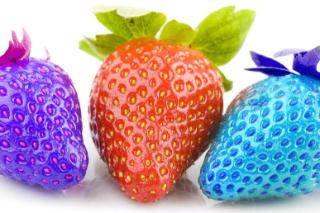 My research on the Rethinking the Senses project concerns the implications of multi-modality—that is, sensory experiences that involve two or more of the traditional ‘five senses’ of vision, hearing, touch, taste and smell—for the philosophy, psychology and neuroscience of perception.

I am also interested in how we identify or individuate various senses, the perception–cognition distinction, and the temporal structure of experience and multisensory integration. 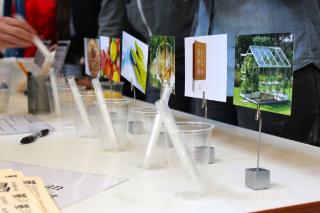 I have organised many research and outreach events, including international workshops on Top-Down Influences in Perceptual Experience and the Temporal Structure of Multisensory Experience, a research forum for early career philosophers of mind, plus public engagement events at the Glasgow Science Festival and Glasgow Science Centre (see below).

I am currently working on the following papers and research as part of Rethinking the Senses: Uniting the Philosophy and Neuroscience of Perception. 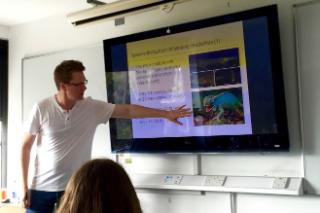 Philosophers have long debated how we should divide up, or individuate, the senses. Smell provides an interesting test case in that it (a) contrasts with vision, and (b) readily combines with other modalities, such as taste, touch, audition, to produce flavour experiences. In an influential paper, psychologist Paul Rozin (1982) claims that we have not one, but two, senses of smell: ‘orthonasal’ and ‘retronasal’ olfaction.

In this paper I consider whether Rozin’s can be best understood as making a claim about type- or token-senses, and to identify the philosophical and empirical grounds upon which we might judge whether humans have one, two, or more instances of a given modality.

I presented a previous version of this talk at the University of Edinburgh’s PPIG seminar (slides here).

Is There an Auditory Field?

Visual experience is commonly characterised in terms of the presentation of a ‘visual field’, i.e. a spatially structured array of objects, properties or sensations. While the precise nature and geometry of this field are controversial, the existence of an analogous auditory field within which objects of auditory experience are presented is hotly disputed. Indeed, many theorists who accept the existence of the visual field reject the notion of an auditory field on the grounds of phenomenological dissimilarities between vision and audition. In this paper I examine whether scepticism about the auditory field is justified, and what, if anything, this tells us about the spatial structure or content of auditory experiences.

Annotated Bibliography on The Senses

Under contract for Oxford Bibliographies, with Fiona Macpherson.

I completed my doctorate in the Philosophy of Mind and Perception at the University of Warwick in 2013 with no corrections (supervisors: Bill Brewer and Matthew Soteriou; examiners: Tim Crane and Naomi Eilan). In 2011, as a visiting exchange student at Columbia University, New York, I also attended seminars at Columbia, CUNY and NYU in the philosophy of psychology, neuroscience, time, and modal logic.

After completing my PhD I worked at the University of Sussex as a Lecturer and Tutorial Fellow, where I taught undergraduate modules in Philosophy of Mind, Perception and Reality, Philosophy of Science, and Plato, plus MA modules in Mind and Reality, and Language and Truth. In 2014, I was awarded a Student-Led Teaching Award for Outstanding Support for the Learning Experience of Students.

I am currently a postdoctoral researcher on the AHRC large-grant project, ‘Rethinking the Senses: Uniting the Philosophy and Neuroscience of Perception’, which is co-hosted by the Universities of Glasgow, Oxford, Warwick and the Centre for the Study of the Senses (CenSes), London. I am also on the executive committee of the University of Glasgow’s Centre for the Study of Perceptual Experience (CSPE), where I organise the Philosophy, Psychology and Neuroscience Research Seminar.

Prior to studying philosophy, I worked in the IT industry as a software engineer and computer programmer during which time I wrote several bestselling computer games and other software titles. I have also worked as a sound engineer and producer, and used to run an independent record label at Kingston University, where I gained a Higher Diploma in Music Technology, Recording and Music Business Studies. Further details of my transition from IT to philosophy can be found here.

For more information, including my curriculum vitae, see keithwilson.net/about.

I have taught on the M.Sc. Philosophy of Mind module at the University of Glasgow (2014–17), and previously convened and/or taught undergraduate and postgraduate modules at the Universities of Warwick and Sussex on:

I have also supervised undergraduate dissertations at the University of Glasgow on:

I strongly believe in the importance of increasing public awareness and understanding of philosophy, and am available to comment on a wide range of issues including:

I am active on Twitter, and currently ranked as one of the top 25 Twitter accounts for philosophy with a Klout score of 55 (July 2017).

Philosophy and The Matrix

Prior to this introduction, the content of which you can read here, I also gave this impromptu interview in which I talk more generally about philosophy, science fiction and The Matrix.