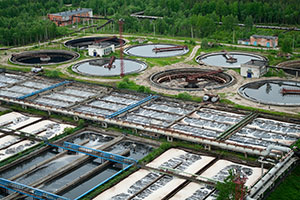 Biofilms are the dominant mode of life for bacteria. They form when bacteria adhere to surfaces in moist environments by excreting a slimy, glue-like substance. The term biofouling implies their accumulation. Biofilms cost the UK billions of pounds every year in energy losses, product contamination, equipment damage, and medical infections.The costs from energy losses alone are staggering.

For example, fuel consumption of large ships, whose hulls are contaminated by colonies of micro-organisms, is 18% higher than that of ships with clean hulls. Similarly, biofouling can reduce hydropower turbine efficiency by 40% and clog up pipes and membranes, significantly increasing the pumping costs incurred in the water and petroleum industries. However, these costs are small in comparison to those expended in medical and domestic settings in a continuous battle against biofilms.

For organisations working to preserve the nation’s heritage, biofilms also cause significant erosion of structural materials, in particular to the porous sandstones used in many historic buildings. Thus, managing biofilms is big business, and companies with a deeper understanding of biofilms’ interactions with surfaces and their impact on fluid flow will have a competitive advantage in developing products and biofilm management strategies tailored to specific environments and materials.

The Challenge of Removing and Preventing Biofilms

The challenge of removing biofilms and preventing biofouling requires knowledge of the behaviour of bacteria on surfaces at a micro or even nano scale. The University of Glasgow's School of Engineering is actively researching the effects of biofouling on water systems and potential treatments. Essential metrology and analytical support is provided by the Imaging Spectroscopy and Analysis Centre (ISAAC), based in the University’s School of Geographical and Earth Sciences (GES). ISAAC has an array of instruments, particularly ESEM and Raman microscopy, able to characterise bacterial distribution and surfaces. Through such analysis, the effectiveness of biocides, nanoparticiles, surface chemistry solutions, and other treatment systems on biofilms can be proven.