I am a digital humanities expert, specialising in the connections between people and place via the process of heritage and interrogating the potential of creative practice and digital technologies to this end.

I have a background working in the cultural heritage sector, as a curator and as a specialist in digital technology implementation for museums, libraries, archives and art galleries.

I work with locally focused arts and culture organisations, often adopting a participatory action research approach, and am interested in supporting the implementation of co-designed interventions for engaging with archaeology and heritage and in challenging recognition of impact in the arts and humanities.

I have several years’ experience in field archaeology focusing particularly on the relationship between archaeological research, creative practice, and public consumption of the past within the context of the Anthropocene. I have been involved in exhibition design, staging, and evaluation for cultural heritage since 2004.

My most recent work focuses on the development of participatory methodologies for community archaeology. I am currently working on an English Heritage funded project investigating community heritage recording of death landscapes, with a focus on place-making and storytelling. As part of this work, I am co-designing tools for use by community groups to record, analyse, and interpret archaeological material culture.

I am also working on a high impact project with the National Trust and Durham University to roll-out guidelines for embedding archaeological practice into interpretation and programming at outdoor heritage sites across England and Wales.

I'm currently developing an evaluation toolkit for the Dear Green Bothy project here at the University of Glasgow, examining how we can tell stories about the impact of arts programming on engaging with arts and humanities research and its potential impact on the climate debate.

I am working on the Digital Narratives in Archaeology Research (DiNAR) project, developing co-design approaches to university-museum partnership working, part of the Digital Cultural Heritage ArtsLab. We have made and evaluated two exhibits; an AR storytelling experience at York Castle Museum, and an interactive VR experience at Yorkshire Museum as part of the British Museum and York Museums Trust exhibition, Viking: Rediscover the Legend. I am working with partners from several cultural heritage organisations and higher education institutions, including Scottish GLAMS, to design and implement impact activities that use experimental, practice-led approaches from this research.

I am currently part of an AHRC network (led by Central St. Martin's) investigating the potential of creative practice for co-designed digitisation of museum held objects with Indigenous communities.

I am Evaluation Lead for the College of Arts Dear Green Bothy programme - https://deargreenbothy.gla.ac.uk/about/

I am a member of the UKRI Early Career Researcher Network and am a Peer Review College member for the UKRI AHRC.

2016-pres.: Co-I - Identifying and Communicating the ‘wows’ of archaeology outdoors

I have recently returned from maternity leave. Adding Covid19 on top of that, there are several publications in preparation and in press:

Smith, N., in prep. Co-design of digital community archives: A case study of burial grounds in England and Wales, Journal of Community Archaeology and Heritage

I am interested in supervising topics in the following: 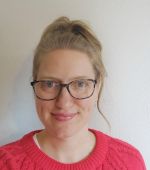