Alexandra Ross is Lecturer in Contemporary Art and Curation at the University of Glasgow, also co-convening the M.Litt in Curatorial Practice (Contemporary Art) at The Glasgow School of Art. She has taught and supervised at undergraduate and postgraduate level at universities throughout the UK and has recently been accepted on the advisory faculty of the Transart Institute, New York. She read an honours law degree at the University of Edinburgh, followed by a Masters in Museum and Gallery Studies, University of St Andrews, and a Master of Fine Art, and a PhD in curatorial practice from the University of Dundee.

From June 2014-January 2015 she was Curatorial Fellow with ATLAS Arts, on the Isle of Skye. In May 2015 she was an invited tutor at Vessel Curatorial Retreat, Bari, Italy and writer in residence Skaftfell (2015 & 2016), Centre for Visual Art, Seydisfjordur, Iceland.

From 2015 to 2017 she was Postdoctoral Research Fellow with Centre for Curating the Archive, the University of Cape Town. Her more recent research works with the sonic space and the voice, with a curatorial focus on AR, VR, and virtual networks. Ross is recognised as a specialist in the exploration of the nuance and scope of conversational activity within curatorial critique and practice. In particular, her work explores the notion of critical conviviality as a vital and rich space that sits at the nexus of critical debate and hospitable generosity. With this, she plays with the conventions of tapping into and gathering the interstitial moments of recording and documenting curatorial and artistic process.

She completed a PhD in the field of curatorial practice exploring the scope and efficacy of conversation-as-method within curatorship and the capturing of its history. The fieldwork of this practice-led investigation into curatorial conversation focused on Manifesta 8, European Biennial of Contemporary Art; the 54th Venice Biennale; and Glasgow International Festival of Visual Art. The biennial provided a rich context in which to situate her research, although this was not the exclusive domain of investigation: also including curatorial education; virtual, international networks; and experimental choreographed environments.

She works largely collaboratively with artists, choreographers, dancers, and educators assessing the boundaries, language and genealogy of curatorial practice. Forthcoming projects include a ‘Polyphonic Essay on Memory’ for NEoN Digital Arts Festival in November and she is also working on a publication on Dieter Roth and his time in Seyðisfjörður, East Iceland.

Ross, A. and Meikle, G. (2016) A Polyphonic Essay on Intimacy and Distance. [Exhibitions]

Ross, A. and Meikle, G. (2016) A Polyphonic Essay on Intimacy and Distance. [Exhibitions]

Convener of the Curatorial Practice (Contemporary Art) Masters Programme. This programme is delivered between the University of Glasgow and the Glasgow School of Art. Convener since August 2017

Teaching during Post Doctorial Fellowship at the Centre for Curating the Archive, Michaelis School of Fine Art, University of Cape Town. In particular on the Masters of Fine Art and Honours in Curating Programmes. 2015-2017

An ongoing curatorial project., "A Polyphonic Essay on..." with Gayle Meikle: 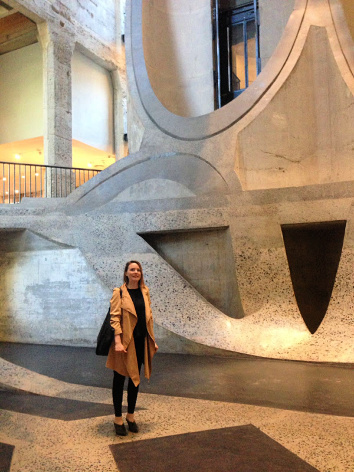