The winner of this year’s Imaging Competition was announced on Monday 21 May. Well done to Ashley Roberts from the Centre for Virus Research (CVR), who was awarded the first prize of a £250 travel grant.

The quality of this year’s entries was really impressive, so thank you and well done to everyone who took part.

Ashley's entry shows a 3D reconstruction of a cell nucleus (blue) infected with Herpes simplex type 1 which causes cold sores in humans. Viral genomic DNA (red) can be seen encased within a PML-nuclear body which contains cellular restriction factors including PML (green) that act to prevent the initiation of infection. 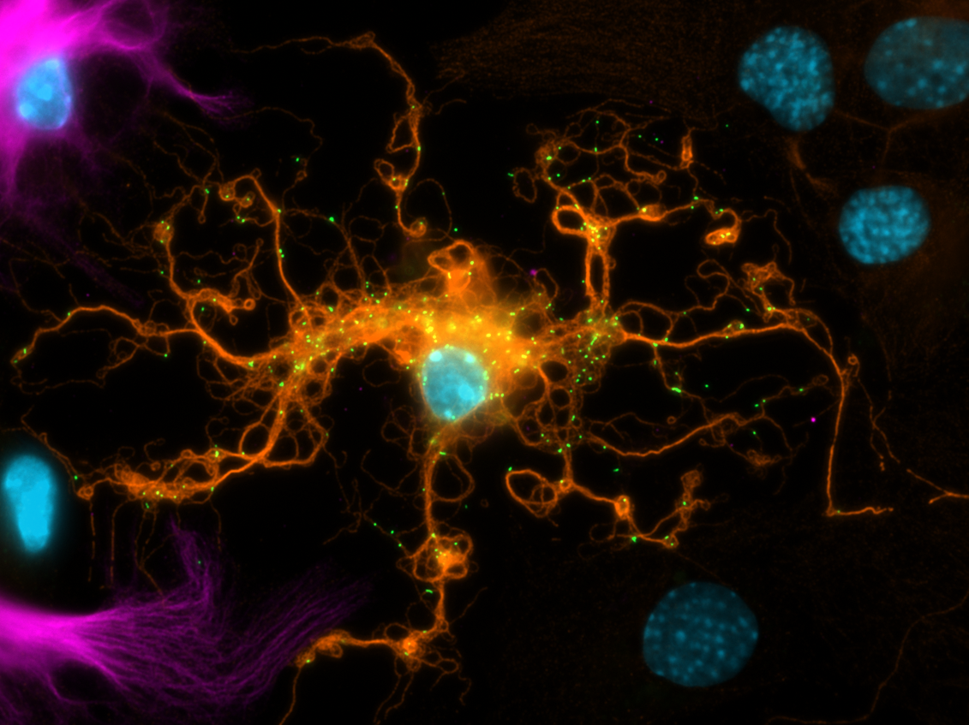 ‌Colin's entry shows a lab-grown oligodendrocyte in the centre of the image. In the brain, these cells provide insulation and support to neurons. We’ve visualised the cell's skeleton (orange) and can see peroxisomes (green), small organelles, which move along the cell's skeleton "tracks". We also see astrocytes nearby (violet). 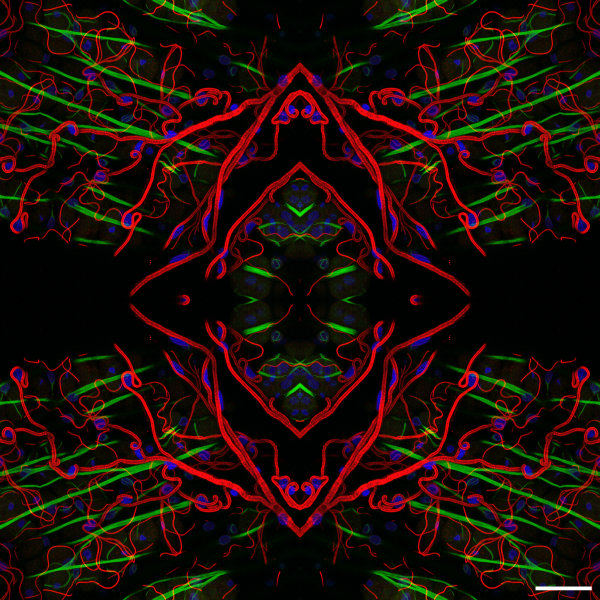 ‌Floriane's entry is composed of four identical images, which are symmetrically organised. It shows the tracheal network (or respiratory system) of the gut in Aedes aegypti female mosquito, vector of arboviruses such as ZIKV. The gut is immunostained for tracheae (red). Nuclei are stained with DAPI (blue) and the actin is stained with Phalloidin488 (green).

The image was acquired on a Zeiss LSM 710 inverted confocal microscope with a 40x oil-immersion objective. Scale bar: 40μm.