By Dr Michael Green, research fellow in the Inequalities programme. Michael's work focuses on socioeconomic inequalities in health and behaviours over the lifecourse.

However, when we looked at this by whether people smoked, different findings emerged. There was little evidence of social inequalities in vaping among adults who had never smoked or were currently smoking, but among adults who had previously smoked, those from households which were more disadvantaged were still more likely to vape. Among young people, relatively few had smoked before, but clear social inequalities in vaping were still present among those who had never smoked. Interestingly, while more advantaged adult smokers were generally more likely to have quit smoking than less advantaged adults, this inequality was smaller among those who vaped. 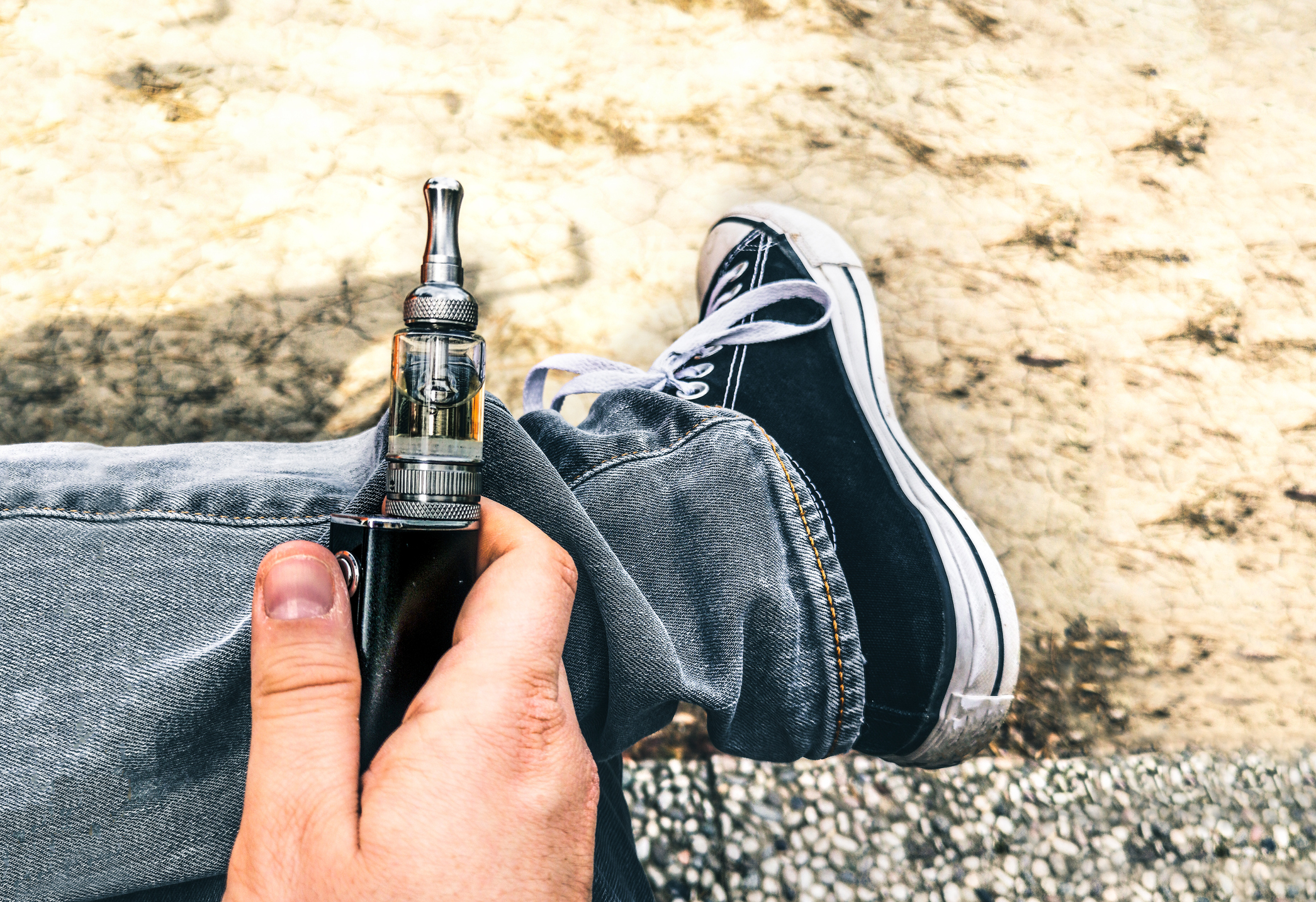 The role of smoking is important because interpretations of whether e-cigarettes are good or bad can depend on who is using them, and who they are being compared to. While the long-term health effects of vaping are not yet known and vaping may be associated with some harm, these harms are thought to be relatively small compared to the strong harms that we know to be associated with smoking. This means, for example, that while vaping among those who have never smoked might be a concern, vaping among smokers and ex-smokers is more desirable because it can involve people switching away from smoking.

Our finding of inequalities in vaping among young people who had never smoked could therefore indicate some potential for widening of health inequalities, in that there may be some harm associated with vaping. This is something to keep monitoring, but there are good reasons not to be alarmed. Vaping among young people in the UK was still very rare (~3% in our study), so any impact is likely to be limited. Furthermore, some of the children using e-cigarettes could be trying them instead of traditional cigarettes, which would likely be much more harmful.

On the other hand, smoking is often considered to be one of the main contributors to social inequalities in health. Our finding of smoking cessation inequalities among vaping adults being narrower than for adults overall suggests that e-cigarettes may be helping disadvantaged smokers to quit. Although this difference wasn’t large, it could potentially have a big impact on health inequalities because giving up smoking is very beneficial for people’s health.

In this initial study vaping had only been measured once, so it is hard to untangle the dynamics of how vaping and smoking behaviour can impact on each other. Possible previous vaping that was not captured in the study could have biased some of our estimates, and both the inequalities in vaping among adult ex-smokers, and the weaker inequalities in smoking cessation among those who vaped could also have been caused by disadvantaged ex-smokers being more likely to take up vaping (relapsing to use of nicotine, but not cigarettes).

Future research with vaping and smoking measured at repeated intervals will help clarify these issues and help us understand the overall population impact of these different processes, but these initial findings suggesting that vaping may weaken inequalities in smoking cessation, while remaining rare among youth, are encouraging.

Socioeconomic Patterning of Vaping by Smoking Status Among UK Adults and Youth is published in BMC Public Health.