We are investigating how the immune system might be used to stop breast cancer from spreading and becoming incurable.

Our researchers have found that a type of white blood cell, called gamma delta T cells, can help breast cancer spread throughout the body. It does this by suppressing the immune system and preventing it from destroying cancer cells. The breast cancer tumour may be turning these cells on, but it is not yet clear exactly how this happens.

When breast cancer spreads to another part of the body (known as metastatic or secondary breast cancer) such as the bones, liver, lungs or brain, it can be controlled for some time, but currently cannot be cured.

In recent years, scientists have made significant breakthroughs in immunotherapy which involve reprogramming the immune system to recognise and destroy cancer cells.

New immunotherapies are already being used to treat patients with melanoma and kidney cancers, but the development of safe and effective immunotherapies for breast cancer has lagged behind.

The team have discovered that gamma delta T cells make large amounts of a molecule called NKG2D, and they are now investigating how NKG2D is turned on and what role it plays.

The researchers are studying mice to see how the behaviour of the immune system changes when breast cancer spreads to organs such as the lungs. They are tracking where immune cells can be found, and whether stimulating NKG2D affects the spread of the disease.

It is hoped that this research could lead to the creation of new immunotherapies for breast cancer which can retrain gamma delta T cells and the body’s immune system to recognise and destroy cancer cells. 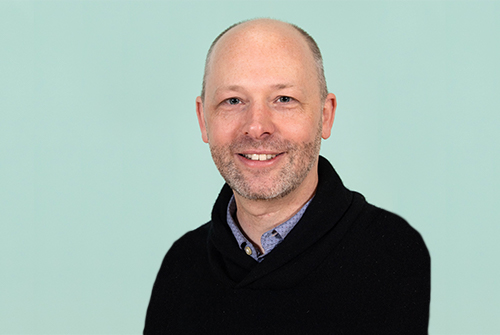 Dr Seth Coffelt is leading on the project. He is Senior Research Fellow at the Beatson Institute for Cancer Research.

“Nature designed gamma delta T cells to be flexible. These cells normally sense problems and alert other immune cells to danger. But breast tumours take advantage of this natural flexibility to support the spread of cancer.

“By studying the interaction between breast tumours and gamma delta T cells, our hope is that we can develop an immunotherapy for breast cancer.”

The study is funded by Breast Cancer Now and Secondary 1st. This is a three year project, with the first two years already funded by breast cancer research charity Secondary 1st.

“Together with Secondary1st we are delighted to be funding this important and much-needed study into understanding how breast cancer tricks the immune system into helping it grow and spread."

“This research will help us to understand the molecular detail of how breast cancer can turn off the immune response, with the exciting prospect of developing new immunotherapy treatments that could turn it back on. This discovery could stop breast cancer from spreading and ultimately reduce the number of deaths from this disease."