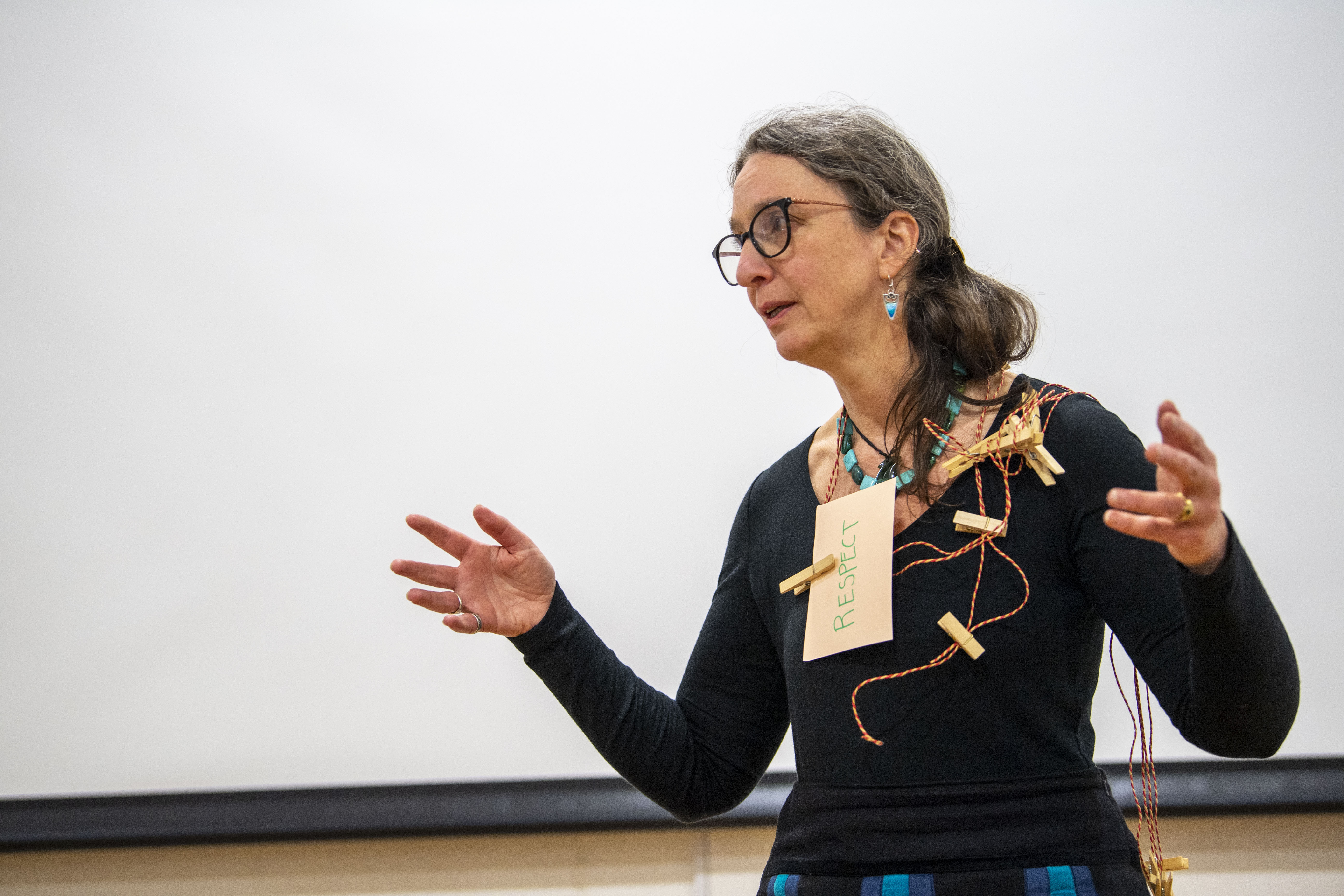 Alison holds the UNESCO Chair in Refugee Integration through Languages and the Arts at the University of Glasgow where she is also Professor of Languages and Intercultural Studies. Along with Professor Rebecca Kay, she co-founded Glasgow Refugee, Asylum and Migration Network (GRAMNet). She is a member of the Culture, Literacies, Inclusion and Pedagogy research and teaching group in the School of Education at the University of Glasgow where she teaches refugee studies, languages, religious and spiritual education, anthropology and intercultural education and education for non-violence.

In 2017 she was appointed Adjunct Professor of Hospitality at Auckland University of Technology. In 2016 she was appointed ‘Thinker in Residence’ at the EU Hawke Centre at University of South Australia. She was the Inaugural Distinguished Visiting Professor at the University of Waikato, Aotearoa New Zealand in 2013, and is now Adjunct Professor of Tourism. In 2011 she was voted ‘Best College Teacher’ by the student body and received the Universities ‘Teaching Excellence Award’ for a Career Distinguished by Excellence. In 2012 she received an OBE for Services to Education and Intercultural and Interreligious Relations in the Queen’s Birthday Honours.

Alison has twenty years of research experience in using creative and intercultural methodologies, including participant observation in multilingual communities, work across mobilities (international students, modern linguists, tourists, migrant, refugee communities, international NGOs) and overseas. She has undertaken research and work in Palestine, Sudan, Ghana, Aotearoa New Zealand, Australia, Germany, France, USA, Portugal. She has produced and director theatre and performance in Germany, UK, Jamaica, Ethiopia and Ghana, and worked as creative liturgist with the World Council of Churches from 2008-2011 for the International Ecumenical Peace Convocation. She is regularly advises public, governmental and third sector bodies on migration and language policy. From 1999 - 2004 She was Chair of the International Association for Languages and Intercultural Communication (IALIC).

In 2013 she was awarded a grant of £2 Million by the Arts and Humanities Research Council under its Translating Cultures programme, as Principal Investigator to undertake a project entitled Researching Multilingually at the Borders of the Body, Language, Law and the State.  This involved her leadership of a team working in Uganda, Ghana, Gaza Strip, Bulgaria, Romania, U.S.A. (borderlands of Arizona); The Netherlands; Belgium; Australia and New Zealand, working in at least 15 different languages and with a highly diverse team of researchers and artists. This work occurred during the so called ‘refugee crisis’ and involved a step change in public profile and engagement from the specifics of research to the general headline engagements of capacity strengthening across a population and especially civil society.

A key stream of work from the AHRC Large Grant was the improvisation and devising of a large scale production on refugee tropes in Ghana, in 2015- 2016 with indigenous and displaced young peoples and a team of artists and researchers from across the Global South. This involved 6 weeks of intense work and a successful production, in September 2016, filmed for National Ghana TV, Broken World, Broken Word. She co-directed the production and was Executive Producer of the Documentary and Production films. She repeated this work with a Global Mental Health team in July 2017, co-directing, researching and executive film producing two further hour long documentaries and productions. In addition she led a ‘summer school’ and co-ordinated talks from leading Ghana Scholars of African Humanities and Ghana Linguistics, with young displaced and indigenous peoples in their communities.

Alison is no stranger to committee work both in Distinguished Societies and Research Councils (she presently serves as an Advisory Board Member with the AHRC’s GCRF committee) and with grassroots community organisations. She was a senior policy advisor to the British Council from 2007-2014 and was elected a Fellow of the Royal Society of Edinburgh in 2015, and of the Academy of Social Sciences in 2017. She presently serves on the International Committee of the Royal Society of Edinburgh, with a brief to extend its work into the Global South.

She has been recently invited onto the Board of Noyam Institute for African Dance, Ghana; serves as an advisory board member for 3 GCRF projects, as well as the new Open World Research Initiative lead from Cambridge University. She is a Board Member of Right to Remain, a refugee advocacy organisation and has worked as an advisor to organisations from Red Cross to Scottish Refugee Council, Church and Society Committee of Church of Scotland to U.K. and Scottish, U.K. and European Parliaments. She is presently acting as a Commissioner with the Poverty Truth Commission, Scotland, Advisor to Centre for Human Rights and Democracy in Ethiopia (CAHDE), to AHRC GCRF Modern Slavery project and to MEITS, Cambridge University. She served on the Integration Forum for the Refugee Taskforce in Scotland, and the Higher Education Committee for developing Refugee Guidance for Universities Scotland. In 2015 she designed and led a witness-bearing 5 day visit with members of the Home Affairs and Justice Select Committee to Calais and Dunkirk refugee camps in France. She is a member of the Iona Community.

She is author of numerous books and articles and a regular international keynote speaker and broadcaster. She has regular columns in the national Scottish broadsheet press. Her first collection of poetry, Through Wood was published in 2009, with a further collection forthcoming in 2018. She has published widely in the field of modern languages, tourism and intercultural studies and European anthropology as well as in the field of Higher Education Studies. She co-edits the journal and book series Tourism and Cultural Change and the book series Languages, Intercultural Communication and Education and is on the editorial board of both Language and Intercultural Communication, Critical Multilingualism Studies, and Hospitality and Society.