The UK Vertical Lift Network is made up of a number of academic institutions and aerospace research bodies, who each bring respective expertise to the group. 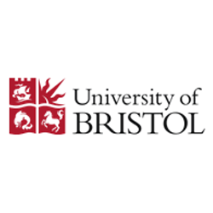 The University of Bristol has developed and continues to research an extensive portfolio of tools and techniques for the modelling and design optimisation of complex non-linear systems. The work is truly interdisciplinary embracing structural dynamics, aerodynamics, electrical systems, energy harvesting and low power computation, and the engineering mathematics of complexity. Furthermore the University has a unique facility for the dynamic testing large scale aircraft structures (BLADE – Bristol Laboratory for Advanced Dynamic Engineering), high performance computing for computational aerodynamics, wind tunnels and integrated test benches for aircraft electrical systems. The University is a lead partner of the UK National Composites Centre (NCC) in Bristol which provides access to advanced composite manufacturing methods and equipment. 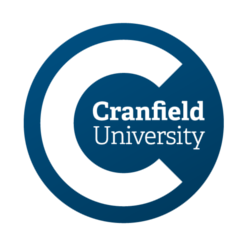 ‌‌Cranfield University has been at the forefront of aerospace research and technology for over 60 years, offering a practical and holistic approach right across the business of flying. The University, at its main campus in Cranfield, Bedfordshire, and at its campus in Shrivenham near Swindon, has been active in rotorcraft research and technology development throughout this period, contributing to many of the major national and international research programmes over the years. Partners have included national government research agencies and defence departments, helicopter manufacturers and operators.

‌The School of Aerospace, Transport Systems and Manufacturing  is home to a wide base of expertise and experience in rotorcraft experimental and computational aeromechanics, flight performance and operational analysis. On the experimental aerodynamics side, Cranfield is a member of the National Wind Tunnel Test Facility, offering three large scale low national strategic wind tunnels. In addition is has well equipped transonic wind tunnels that have been employed on rotor tip section studies involving shock wave interactions. Computational aero-prediction has also been at the heart of Cranfield rotorcraft activities for the past 20 years, with URANS, LES and DES solvers being applied to rotor and full helicopter performance simulation. The Rolls-Royce UTC in Performance Engineering at Cranfield has been at the forefront of rotorcraft performance analysis, environmental impact and mission optimisation, making major contributions on the EU Clean Sky Programme. Other research activities include rotorcraft flight dynamics and handling, structural crashworthiness, helicopter safety and accident investigation, rotorcraft reliability and helicopter gearbox lubrication and condition sensing. 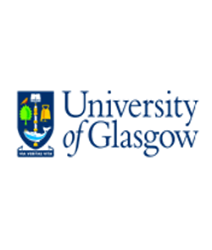 The University of Glasgow has been involved with a variety of helicopter and rotorcraft research activities since the 1980s. This has included experimental aerodynamics, some computational fluid dynamics, gyroplane flight testing, and flight ‌dynamics and simulation. The efforts have been conducted using a range of high-quality experimental and computational facilities including large-scale wind tunnel facilities equipped with comprehensive instrumentation and dynamic rigs, an experimental autogyro aircraft, and simulation facilities. Wind tunnel experimentation for helicopter related phenomena includes dynamic stall, blade-vortex interaction, vortex-ring state, rotor wake in ground effect and brown-out. The techniques used include surface pressure measurement and PIV, and there is some experience of rotor operation and design.

Glasgow has featured in a number of inter-institutional projects as a key member of the rotorcraft DARP, as part of previous and current EU projects GOAHEAD and CleanSky, and has been a member of GARTEUR networks. Much of this work has been achieved through close links with government bodies and industry, and funding through EPSRC, for example. For many years the Department of Aerospace Engineering ran an annual technical meeting which brought the UK academic and industrial communities together. Glasgow's aerodynamics and fundamental fluid mechanics work has been published in a wide range of journals including AIAA journals, AHS Journal, Journal of Fluid Mechanics, Experiments in Fluids, Aeronautical Journal. 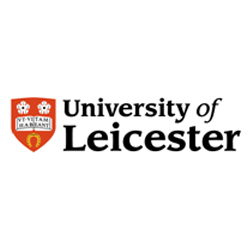 Leicester's main contribution to the VLN is in control system design. The Control Systems Research Group has been active for the last 20 years in the design and testing of control systems for rotorcraft. The Group has received several EPSRC Grants to enable this research and has also been part of the DARP, REACT and RTVP projects in conjunction with AgustaWestland and several other Universities. The Group is particularly well-known for its development of multivariable primary flight controllers, based on H-infinity optimisation, for various rotorcraft. Some of these controllers were implemented, in-flight on the NRC's Bell 205 fly-by-wire helicopter where it was demonstrated that H-infinity approaches to controller design enabled an attractive alternative design route for helicopter control laws. During the DARP project, similar controllers were developed for the AW101 helicopter. More recently, as part of the REACT and RTVP projects, its efforts have focused on the development of actuator control schemes for novel actuators and vibration management systems for vibration reduction.

The Group has used control strategies based on NDI (non-linear dynamic inversion) for the control of highly non-linear semiactive lag dampers and a variety of linear control methodologies for the control of active trailing edge flaps. In addition, vibration management systems have been developed using tools from multi variable system identification and, again, H-infinity optimal control theory. The Group is also beginning to expand its capabilities in rotorcraft UAV's with a number of computation/simulation based studies. Leicester is represented in the VLN by Dr. M. Turner and Dr. R. Morales who are responsible for all the current rotorcraft research in the Control Group. 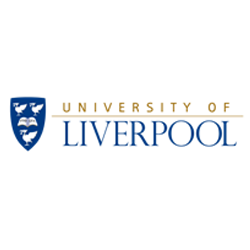 The School of Engineering at The University of Liverpool is located in a purpose-built facility to house research and teaching activities. The Flight Science and Technology (FS&T) research group operates two motion flight simulators that are used for a range rotorcraft flight dynamics, control, simulation, computational aerodynamics, handling qualities and tiltrotor research. There has a been a recent £1M upgrade to the wind tunnel facilities to provide new capability in scale model testing. The School also operates a 90,000l recirculating water channel for the assessment of ship aerodynamics and design for improved helicopter launch and recovery operations.

FS&T was at the forefront of flight simulation research for the development of Enabling Technologies for Personal Aerial Transport Systems in the EU funded myCopter project. The group is also active in Rotorcraft Pilot Coupling research, funded through the EU project ARISTOTEL and now as part of NITROS.

The use of modelling and simulation to support helicopter-ship design and clearance activities is a strong FS&T theme. Supported by BAE Systems, FS&T have produced time-accurate airwakes of the Queen Elizabeth Class aircraft carriers and the new T26 frigate. The work has been used to risk reduce aircraft ship clearance programmes and will define the fidelity requirements for Ship Helicopter Operating Limits activities. Additional wake encounter research for wind turbines is being conducted.

Dr Mark D White is a Senior Lecturer leading the flight simulation research work at Liverpool University. He is working on the rotorcraft flight modelling fidelity research which involves flight testing using the National Research of Canada’s Bell 412 fly-by-wire helicopter. He has a longstanding activity in the use of flight simulation to investigate helicopter ship operations and ship aerodynamics.

Dr Michael Jump is a Senior Lecturer at the University of Liverpool’s School of Engineering who is leading research using bio-inspired methods for flight control and UAV operations. 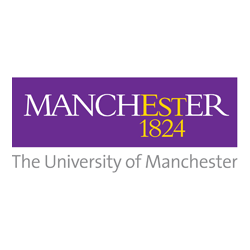 Manchester University School of Mechanical Aerospace & Civil Engineering is one of the largest in the UK, with an annual research income in excess of £8 million and about 80 full-time academics. The aerospace research is dominated by computational fluid dynamics, aerodynamics (from low-speed to hypersonics), and some experimental aerodynamics, which makes full use of several wind tunnels, including a shock tunnel and a low-turbulence tunnel for turbulent transition studies.

The aerospace research activities come under the umbrella of the University of Manchester Aerospace Research Institute (UMARI, www.umari.manchester.ac.uk ), an interdisciplinary centre across Schools and Departments, from power systems to advanced manufacturing, including a state-of the- art composites centre, and a Rolls-Royce UTC. Dr. Filippone and Dr. Bojdo are leading the rotorcraft research at Manchester; they will represent the University at the VLN, as they have been involved in a number of projects, including EU-funded FP6, FP7, CleanSky, Garteur. 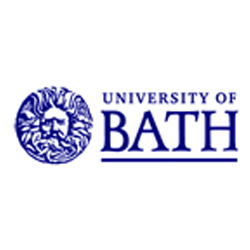 The University of Bath has a wide range of rotorcraft and vertical-lift related research, covering aerodynamics, composite materials, structural dynamics, flight dynamics, control, actuation and autonomy. Active VLN members are primarily based in the Fluid Dynamics Research Unit and the Centre for Power Transmission and Motion Control (PTMC).

Active research projects of direct relevance to the VLN include:‌

The next generation of aircraft are likely to require novel architecture, propulsion systems and wing design with radically different aerodynamic characteristics such as unique designs to provide natural laminar flow or the use of flow control devices to manage laminar flow. ARA is one of the few UK organisations which is focused on intermediate research technology from Academia (TRL 1-3) to industry use (TRL 8/9). 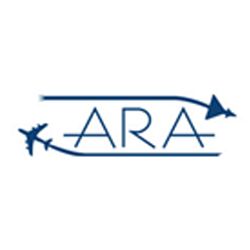 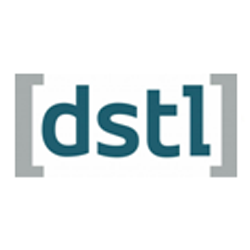 The Defence Science and Technology Laboratory (Dstl) is an Executive Agency of the Ministry of Defence (MOD) and delivers high-impact science and technology (S&T) for the UK’s defence, security and prosperity.

Within the rotorcraft field, the majority of research is delivered in partnership with experts in UK industry and academia, many of whom are members of the Vertical Lift Network. Dstl is also an active participant in international research collaborations, including: UK-US bilateral projects; The Technical Cooperation Program (TTCP) and the NATO Science and Technology Organisation. Examples of current Dstl rotorcraft S&T activities include: 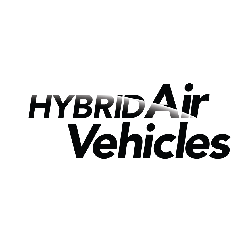 Founded in 2007, Hybrid Air Vehicles is the company behind the innovative Airlander hybrid aircraft. Airlander can take off and land from virtually any flat surface and offers a powerful combination of flexibility, persistence, payload capacity, and efficiency. Suitable for roles from surveillance and border patrol to search & rescue and expeditionary tourism, Airlander is an aircraft that encourages customers to Rethink the Skies and consider new approaches to solving some of the toughest challenges facing aerospace today. 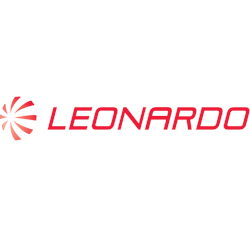 Leonardo Helicopters designs, develops and manufactures the widest range of rotorcraft for commercial, public service and defence applications as well as providing through life support. Leonardo Helicopters brings together the experience of Agusta in Italy and Westland in the UK, whose origins as aircraft manufacturers date back to the beginning of the last century. Leonardo Helicopters is proud to be a member of the UK Vertical Lift Network, working with other academic institutions and aerospace research bodies to meet future vertical lift challenges.

Since its inception in 2016, Vertical Aerospace has grown to over 40 world-class engineers and technical experts, recruited from the likes of Airbus, Boeing, Rolls-Royce and GE.

LJMU is a new player to the rotorcraft field and the related research work collaborates closely with the University of Liverpool due to their adjacent location. LJMU has EPSRC and EU CleanSky 2 (RoCs) funded projects focusing on the rotorcraft modelling and simulation fidelity improvement and rotorcraft certification and complication using flight simulation.

Sophrodyne Aerospace is an aeronautical research and design consultancy based in Glasgow, Scotland.

The company brings together its founders' expertise in modelling and design of fixed wing aircraft and helicopters, as well as advanced computer science, machine learning and artificial intelligence, to provide a range of business and product development support to the emergent drone, UAS/RPAS and personal air mobility community as well as to the more established  aerospace industry. 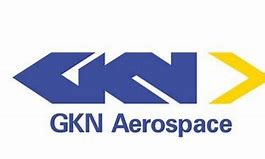