Results show that caldera collapse attributed to a super eruption almost 40,000 years ago was smaller than what scientists expected. So what might have really happened? 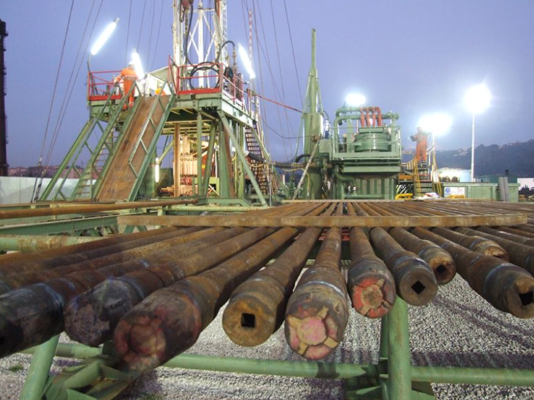 At least 10% of the global population lives within 100 kilometres of a historically active volcano. Some of these people live near a collapsed volcano, like the residents of Naples neighboring the Campi Flegrei caldera. Although a caldera may appear to be more safe than a volcanic cone, the potential danger for natural hazard is not gone.

A collapse is often triggered by rapid magma loss from the magma chamber, usually following an eruption, so the hollow cone of the volcano caves in on itself. However, calderas can remain active. Two massive eruptions in the past caused the Campi Flegrei caldera to collapse: the Campanian Ignimbrite, which occurred 39,000 years ago, and the Neapolitan Yellow Tuff, which occurred 15,000 years ago.

But scientists—and residents around the caldera—fear another eruption to come. Right now, the alert for the Campi Flegrei caldera has been raised from “base” volcanic activity to “attention” status.

To get an accurate understanding of the caldera, scientists from INGV (Naples) and Prof. Mark from SUERC turned to scientific drilling. The Campi Flegrei Deep Drilling Project (CFDDP) drilled to a depth of 501 metres in western Naples, the morphological limit of Campi Flegrei caldera.

Drilling gives scientists a precise view into the deep structures of the caldera, its geothermal characteristics, and its magma chemistry. All these can reveal clues to how the caldera formed. The researchers took samples from different depths of the drill site and measured argon isotopes periodically so that they could estimate the age of various layers. Full results presented in: Geochemistry, Geophysics, Geosystems, doi:10.1002/2015GC006183, 2016