The Philosophy of Virtual and Augmented Reality 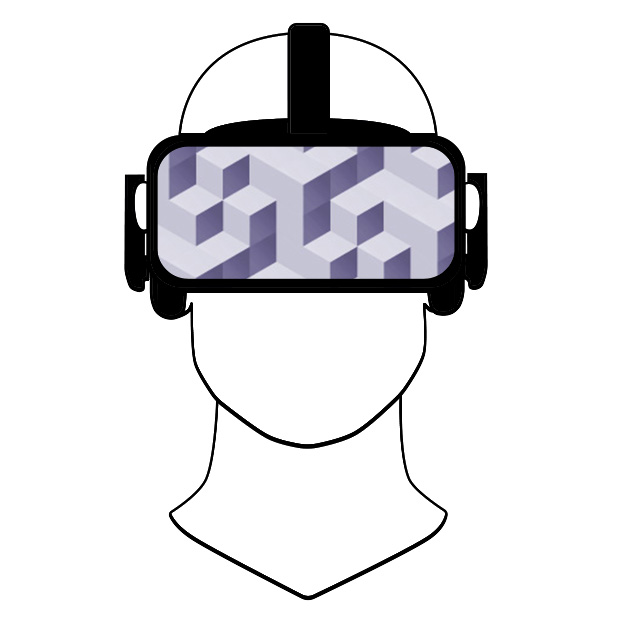 We stand at the beginning of a technological revolution: the advent of affordable and practical Virtual and ‌Augmented Reality (VR/AR). These technologies intervene on the senses in such a way as to either represent wholly different environments from the one the user is actually in (VR) or to represent the actual environment as having objects or properties that our unaided senses do not represent (AR)—this could be fictional elements like unicorns in your garden, or fact-representing elements like a graphical temperature reading for a room. We believe that the study of this new technology, and the enormous impact it promises to have on our lives, is both timely and important.

The Centre for the Study of Perceptual Experience has been exploring these topics since the founding of the VR/AR Lab in 2016. Our initial projects explored the potential for knowledge exchange between academics associated with the Centre, and our partner company Sublime Digital; the philosophical questions pertaining to metaphysics and the philosophy of perception; and the potential teaching applications for VR technology within higher education (now, Project Mobius which spawned edify).

1 Philosophy of Virtual and Augmented Reality

Why might one think that the entities in AR/VR force a step change in our understanding of fictional entities? The entities that are represented in AR and VR could well be classically fictional entities such as Pegasus, Sherlock Holmes, or more topically, Pikachu (from Pokémon). However, in certain fictions, and in VR/AR in particular, it becomes possible to interact with these entities, and in some cases to control them. We can render Gandalf inept, or Vader kind, we can have Lara Croft recover the artefact many different ways, or indeed fail to recover it at all. In such interactive fictions, what can truly be said of Gandalf, or Vader, or Croft? Is Vader essentially evil? Was the artefact recovered or was it not? These questions apply to any interactive fiction, but the advent of VR/AR technology brings the issue to the fore.

The recent sensation around the “Pokémon Go” app is a case in point. In this app, users seek out game characters (Pokémon) which they wish to collect. The app represents these game characters as located in real-world 3D space—in someone’s garden, at a particular spot in a mall, or simply on a street corner. Non-players will be wholly unaware of a located virtual creature, but players of the game will all experience a common representation of it in its location. This has led to crowds of gamers congregating in public spaces seeking to catch the creature.

There is a philosophical question here about whether AR games like Pokémon Go represent a step-change in the issues raised by interactive fictions and the properties of the entities represented therein. One might think that it does because the AR characters are represented as having a real-world spatial location. However, Sherlock Holmes did too (for example, at times he was at 221b Baker Street) in the traditional fiction. One might think instead that the spatial and temporal location of AR entities (here and now) is unique, but there is no reason that this would be necessarily so. Moreover, interactive fictions are already causally bound up with the actual world through user inputs and game outputs, so AR entities cannot be distinctive in that respect. However, it may be that AR represents a step change because it can combine all of these elements at once: there can be continuous causal interactions, at a real world spatio-temporal location, in AR. What is more, those interactions are represented to some of those at that location (gamers involved in that fiction), but not others. We believe that this is worthy of further philosophical exploration.

This sort of consideration leads to another question. The problem of non-existent entities is central in Crane’s (2013) account of intentionality. The puzzle is to show how we can meaningfully talk about Pegasus, or Vader, or Pikachu, without having to endorse non-existent entities in our ontology. Crane’s solution is to treat such entities as instantiating only a special class of properties—pleonastic properties. Suppose that a pleonastic property that Pikachu instantiates is represented in Pokémon Go, and that that property inspires people to congregate somewhere, to discuss it, to virtually interact with it, or to leverage that fictional entity’s pleonastic property within the game to attain some real world benefit. This would appear to place the pleonastic property amidst a causal chain that has real-world events at the beginning and end. In other words, it would appear to make the pleonastic property that Pikachu possesses causally efficacious. Our question, then, is: does the causal efficacy that VR/AR characters or other entities have (or perhaps characters or entities in any interactive fiction) undermine the ontological neutrality of pleonastic properties? If so, does it, by extension, undermine Crane’s solution to the problem of non-existent entities? Or should Crane reify those entities which, whilst classically non-existent, become efficacious, and therefore existent, when rendered in AR?

Many people think that VR and AR are tools that will allow people to learn skills, such as being able to flying a plane, without having ever been in one. What does this show about the epistemological or justificatory status of VR/AR experience? Intuitively, it gives it a positive such nature. Yet, on the other hand, this experience seems to be misleading in some respects - can these two elements of experience be compatible? Another question arises if VR/AR becomes ubiquitous and yet is illusory experience. If the vast amount of our experience becomes illusory does this undermine the ability of any perceptual experience to give us justificaiton, as reliabilitsts might think?

Finally, the use of VR/AR promises to make many experiences available that they could not have had otherwise. This might be due to: the nature of the technology to provide exotic expriences otherwise unavailable; the ability to give people experiences at a price point they could not otherwise afford; the ablity to give people experiences that would otherwise be too dangerous, or unavailable due to space, time or disability. The technology has tremendous power to do good: provide people with an education or specialsit resources that they could not otherwise have. Yet, at the same time, there are ethical worries. Will data about our movements and interests be stored by companies, including our very eye movements and what we look at? To what nefarious use might that be put? To what extent might this technology increase inequality in our society, rather than increase it?

In early 2017, the CSPE issued a University-wide call for ideas that utilised Virtual Reality technology in teaching. The response was exceptional, and after some development and refinement, ten outstanding ideas were identified as winners of this ideas competition. Importantly, our winning proposals came from all four colleges of the University. Throughout 2018 - 2020, we will be undertaking a joint project with commercial partner Sublime (a tech start-up, and sister company to Soluis) to develop a VR teaching platform on which to host those fantastic teaching applications, and an analytics platform through which we can research how people learn. This project has been generously funded by Innovate UK and full details can be found on the Project Mobius page. The project gave rise to VR education platform edify.

The purpose of this project was to establish the company Soluis as a technology partner for the Centre for the Study of Perceptual Experience (CSPE) and others in the University more broadly in the VR/AR space, and to build capacity for major research grant applications which leverage that partnership. The resultant partnership has put the University in an exceptionally strong position to secure major funding for the CSPE in the short term, and attract funding across a wide array of disciplines in the future.

Members of the CSPE are experts in the nature of perceptual experience. VR and AR promise to change and alter that experience. The most pressing issue for companies such as Soluis is the new way that Users are going to eXperience (UX) and Interact (UI) with this new presentational medium. Investigation of UI/UX was the topic of our first Knowledge Exchange seminar as part of this project, and here the expertise and focus of several philosophers at the CSPE (and colleagues in Psychology) are directly relevant, and highly valuable to our commercial partner.

The partner company is the Soluis Group, a Glasgow-headquartered company with a global reach in provision of VR/AR hardware and content. Soluis boasts some of the largest companies in the world as repeat clients, and have recently won the inaugural Peter Higgs Award from the Scottish Edge Fund for their ground-breaking VR Portal technology.