Research title: Not going to university and social class

Inequality in access to higher education is a global phenomenon that is routinely examined by numerous international bodies such as the OECD (2008), the European Union (2014) and the World bank (2014) and by the academic community. Evidence that people from lower socio-economic backgrounds, tend to be under represented in higher education vis-á-vis the national population has been routinely observed for high-income countries e.g. the US (Carneiro and Heckman 2002), UK (Chowdry, 2013), Ireland (Denny and Flannary 2017) and Portugal (Neves et al 2016), as well as middle-income countries such as Peru, Vietnam, India (Sanchez and Singh, 2016) and Mexico (Kaufman, 2014). Recent UK literature explores the possibility that the choice not to enter higher education can be consistent with rational behaviour given both the financial constraints facing working class students and the varying returns to higher education for different social classes (Findlay and Hermannsson, 2018). To further understand why working-class people, remain under-represented in HE and evaluate the impact of this, we need to further examine the participation choices, labour market options and outcomes facing qualified, young working-class people who do not choose higher education.

Complementary theoretical perspectives from economics, sociology and education are combined to inform how educational choices are informed by social class and labour market outcomes can be influenced by individual attributes (which themselves may arise from social class). The starting point for most economic studies of educational choice is based on human capital theory which suggests that, given there is a graduate wage premium, and in the presence of either perfect capital markets (or, in this case, government-funded low interest loans) it is irrational for qualified young people not to choose higher education. That they do so requires examination of other influences which affect their decision and its consequences. Early structural career theory (Roberts, 1968) would argue individuals are limited in their choices by the structural factors such as family, socio-economic background, gender and local labour market. Whilst this theory has been modernised to reflect uncertainty in the labour market, protracted education and individual choice it still asserts this choice is bounded (Roberts, 2009).

To complement the secondary data analysis which has underpinned the work of the supervisory team and a related Industry studentship currently under supervision this project will consist of:

1. A qualitative study of qualified young people which seeks to uncover the process of decision making which led them to choose direct entry to the labour market, and, to examine in detail the perceived consequences of this decision.

2. An exploration, based on the lived experience of the same group of qualified young people, of the broad range of attributes valued in the labour market beyond formal qualifications and how these are influenced by social origin.

The research questions are as follows:

• What factors/influences lead an individual who has the required qualifications to choose direct entry to employment over higher education?
• How do the above factors interact?
• How does the skill set of an individual relate to their career choices?

A mixed methods approach would be used which would combine semi-structured interviews with the collection of primary data and some limited analysis of secondary data. Semi-structured interviews provide a balance by giving the interviewee freedom to take the lead on discussions but also provide a structure to ensure the relevant information is collected. The interviews would be analysed using thematic analysis due to its flexibility and ability to handle large data sets.

In terms of this project, a sample of qualified young people who did not choose HE, from lower class socio-economic backgrounds will be interviewed on their career decisions and factors influencing these decisions. In addition, the interview will include an exploration of non-academic attributes required to successfully navigate the labour market and obtain employment. Socio-economic background would be defined by a combination of parental, education, occupation and household income. Acquiring access to a suitable sample will present challenges. There are several potential options for data collection. One route would be to engage with the SQA or to utilise the close contacts of the primary supervisor with the trades union movement. Another route would be to secure the co-operation of Skills Development Scotland (SDS) whose Analysing Long-Term Outcomes programme may help access both data and respondents.

I am a first year part-time PhD student, studying alongside working and raising a family.  I work part-time as a school and post-school Career Coach for Skills Development Scotland and I therefore see myself as approaching this research from a researcher-practitioner perspective.  I am interested in the career-decision making behaviour of young people and the external and internal factors that influence these decisions. 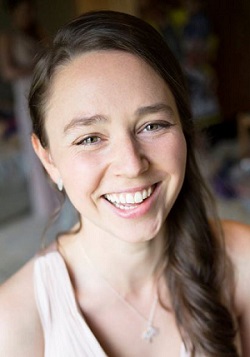