Winchcombe meteorite holds information about the origin of Earth’s oceans

The Winchcombe meteorite, a rare carbonaceous meteorite which crashed onto a driveway in Gloucestershire, has been found to contain extra-terrestrial water and organic compounds that reveal insights into the origin of Earth’s oceans.

A new study led by experts from the Natural History Museum and the University of Glasgow reports the orbital history and first laboratory analyses of the Winchcombe meteorite, which was recovered only hours after its spectacular fireball lit up the skies over the UK in February 2021. 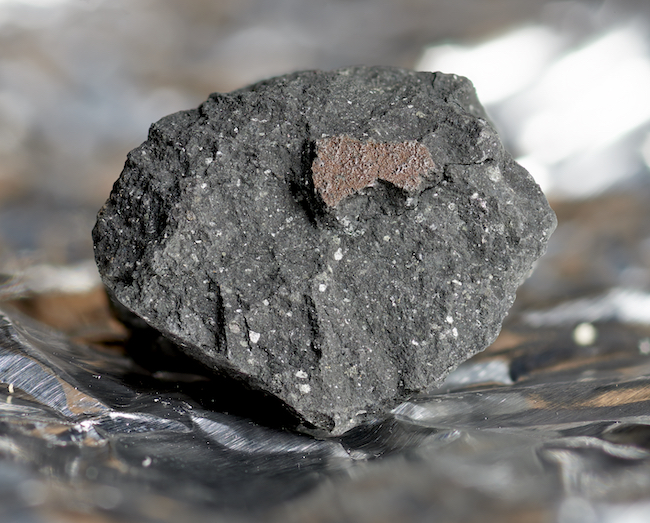 Dr Ashley King of the Natural History Museum and author on the paper said: "The rapid retrieval and curation of Winchcombe make it one of the most pristine meteorites available for analysis, offering scientists a tantalising glimpse back through time to the original composition of the solar system 4.6-billion-years-ago."

Analysis of the Winchcombe meteorite by specialists from across the world began within days of the fall. Winchcombe is a rare CM carbonaceous chondrite containing approximately 2% carbon (by weight) and is the first ever meteorite of this type to be found in the UK. Through detailed imaging and chemical analyses, the team determined that Winchcombe contains approximately 11% extra-terrestrial water (by weight), most of which is locked-up in minerals that formed during chemical reactions between fluids and rocks on its parent asteroid in the earliest stages of the solar system.

Crucially, the team were able to quickly measure the ratio of hydrogen isotopes in the water, finding it to closely resemble the composition of water on Earth. Extracts from the Winchcombe meteorite also contain extra-terrestrial amino acids – prebiotic molecules that are fundamental components for the origin of life. As the composition of the Winchcombe meteorite is largely unmodified by the terrestrial environment, these results indicate that carbonaceous asteroids played a key role in delivering the ingredients needed to kickstart oceans and life on the early Earth.

Rapid recovery of the Winchcombe meteorite was enabled by public reports and video footage of the fireball captured by 16 cameras coordinated by the UK Fireball Alliance (UKFAll). By combining the footage with chemical analysis of the meteorite, the team calculated that Winchcombe was blasted off the surface of an asteroid near Jupiter and travelled to Earth within the last million years. Pre-atmospheric orbits – the journey of an object around the Sun before arriving on Earth – are known for less than 0.1% of meteorites in the worldwide collection, with Winchcombe providing the strongest link yet between carbonaceous meteorites and asteroids in the outer regions of the solar system.

Dr Luke Daly, a lecturer in Planetary Geoscience at the University of Glasgow and author on the paper said: "One of the biggest questions asked of the scientific community is how did we get here? This analysis on the Winchcombe meteorite gives insight into how the Earth came to have water – the source of so much life. Researchers will continue to work on this specimen for years to come, unlocking more secrets into the origins of our solar system." 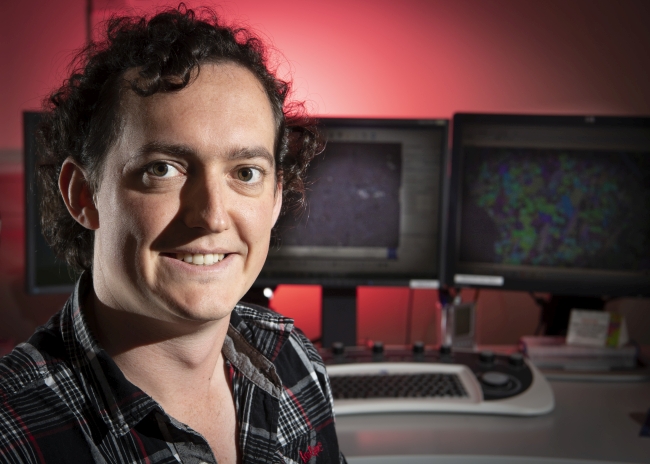 Dr Natasha Almedia, Curator of Meteorites at the Natural History Museum and co-author said: "We’re still reeling from our good fortune to have such an important meteorite fall in the UK, and are so grateful to the local community for their donations and the UK’s cosmochemistry network for coming together to produce this extensive study. The combination of such a quick recovery, careful collection, and our ongoing curation of Winchcombe in a nitrogen atmosphere means this incredibly fresh specimen will remain one of the most pristine meteorites in collections worldwide.”