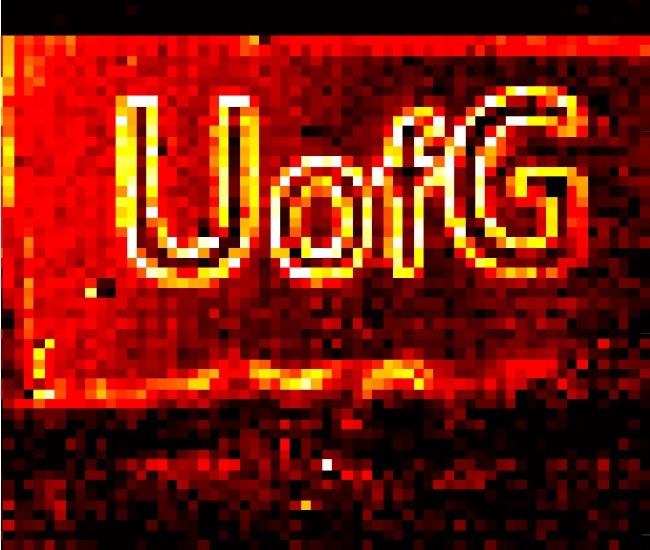 A breakthrough in quantum imaging could lead to the development of advanced forms of microscopy for use in medical research and diagnostics.

A team of physicists from the University of Glasgow and Heriot-Watt University have found a new way to create detailed microscopic images under conditions which would cause conventional optical microscopes to fail.

In a new paper published today in the journal Nature Photonics, the team describe how they have generated images by finding a new way to harness a quantum phenomenon known as Hong-Ou-Mandel (HOM) interference.

Named after the three researchers who first demonstrated it in 1987, HOM interference occurs when quantum-entangled photons are passed through a beam splitter – a glass prism which can turn a single beam of light into two separate beams as it passes through. Inside the prism, the photons can either be reflected internally or transmitted outwards.

When the photons are identical, they will always exit the splitter in the same direction, a process known as ‘bunching’. When the entangled photons are measured using photodetectors at the end of the path of the split beam of light, a characteristic ‘dip’ in the output probability graph of the light shows that the bunched photons are reaching only one detector and not the other.

It has also been used in quantum sensing by putting a transparent surface between one output of the beam splitter and the photodetector, introducing a very slight delay into the time it takes for photons to be detected. Sophisticated analysis of the delay can help reconstruct details like the thickness of surfaces.

Now, the Glasgow-led team has applied it to microscopy, using single-photon sensitive cameras to measure the bunched and anti-bunched photons and resolve microscopic images of surfaces.

In the Nature Photonics paper, they show how they have used their setup to create high-resolution images of some clear acrylic sprayed onto a microscope slide with an average depth of 13 microns and a set of letters spelling ‘UofG’ etched onto a piece of glass at around 8 microns deep.

Their results demonstrate that it is possible to create detailed, low-noise images of surfaces with a resolution of between one and 10 microns, producing results close to that of a conventional microscope.

Professor Daniele Faccio, of the University of Glasgow’s School of Physics and Astronomy, is the paper’s lead author. Professor Faccio said: “Conventional microscopy using visible light has taught us a vast amount about the natural world and helped us make an incredible array of technological advances.

“However, it does have some limitations which can be overcome by using quantum light to probe the microscopic realm. In bioimaging, where cells can be almost entirely transparent, being able to examine their fine details without using conventional light could be a major advantage – we chose to image transparent surfaces in this research precisely to demonstrate that potential.

“Similarly, samples in conventional microscopes need to be kept perfectly still – introducing even a small vibration could introduce a level of blur which would ruin an image. However, HOM interference requires only measuring photon correlations and there is much less need for stability.

“Now that we’ve established that it’s possible to build this kind of quantum microscopy by harnessing the Hong-Ou-Mandel effect, we’re keen to improve the technique to make it possible to resolve nanoscale images. It will require some clever engineering to achieve, but the prospect of being able to clearly see extremely small features like cell membranes or even strands of DNA is an exciting one. We’re looking forward to continuing to refine our design.”

The team’s paper, titled ‘Quantum microscopy based on Hong-Ou-Mandel interference’, is published in Nature Photonics. The research was supported by funding from the Engineering and Physical Sciences Research Council, the European Union’s Horizon 2020 programme, the Royal Academy of Engineering and the Marie Sklodowska-Curie grant programme.