Particle physicists from the University of Glasgow are sharing in £60m of new funding from the Science and Technology Facilities Council (STFC).

They will receive £3.2m to help support their research at CERN’s Large Hadron Collider (LHC) in Geneva and the T2K and Hyper-K detectors in Japan.

Over the next three years, the University of Glasgow-led research group will focus their efforts in:

The group is simultaneously entering a major construction phase, building upon the synergies established between their ATLAS and LHCb detector developments.

Glasgow researchers are also working on an active neutrino oscillation experiment, T2K, and will work towards a third-generation experiment, Hyper-K, that is aiming to discover CP violation in neutrinos. 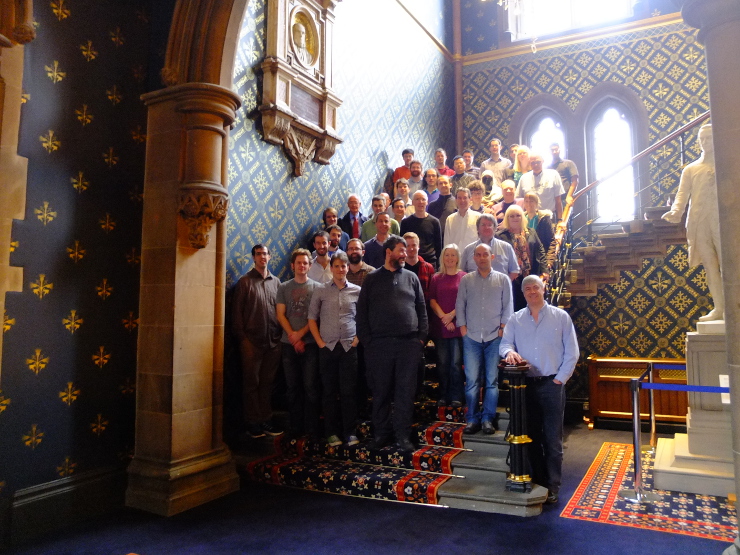 The research supported by the new funding will be led by Professor Tony Doyle, of the School of Physics and Astronomy.

Professor Doyle said: “We’re delighted to be receiving this new funding from STFC, which will help us take forward our research in some of fascinating and fundamental areas of physics with our partners around the world.

“Researchers from the University of Glasgow have played key roles in the development of detectors like ATLAS for decades. We continue to invest in and promote a world-class detector development activity to enable longer-term initiatives, and our computing Grid strength is aimed at maximising our impact in LHC physics as well as promoting new areas.

“To enhance the programme, we have invested in generic detector developments leading to significant impact in sensors technologies. We have developed new capabilities in flip-chip bonding and chip design, complementing our well established core technical and engineering expertise.”

The STFC funding will support teams from 18 UK universities to carry out world-leading particle physics research over the next three years. This funding helps to keep the UK at the forefront of answering some of the biggest and most complex questions in science and supports the next generation of UK particle physicists.

Particle physics studies the world at the smallest possible distance scales and the highest achievable energies, seeking answers to fundamental questions about the structure of matter and the composition of the Universe.

Ten years after the UK researchers’ contribution to the Nobel Prize winning detection of the Higgs boson, some of the questions that the community is working to answer are:

“The grants are vital in supporting technicians, engineers and academics in their skills and expertise in the field, all while encouraging career development in fundamental research with both universities and international collaborators.

“This investment underpins the UK physics community and enables continued UK leadership in the field of experimental particle physics.”