One of the greatest challenges in science is the study of the brain’s anatomy and cellular architecture.

Accurately visualising the brain’s complex structure at high resolutions is critically important for improving our understanding of the functions of the central nervous system.

A promising new technique, developed by scientists in Italy, the UK and Germany, is now bringing the microscopic details of the brain into sharper focus even over macroscopic volumes.

In a paper published today in the journal Nature Methods, the researchers describe how their system, called Rapid Autofocus via Pupil-split Image phase Detection (or RAPID), represents a breakthrough in the imaging of mouse brains.

This new technique could have significant repercussions in neuroscience, making a quantitative analysis of the brain-wide architecture possible at the subcellular level. 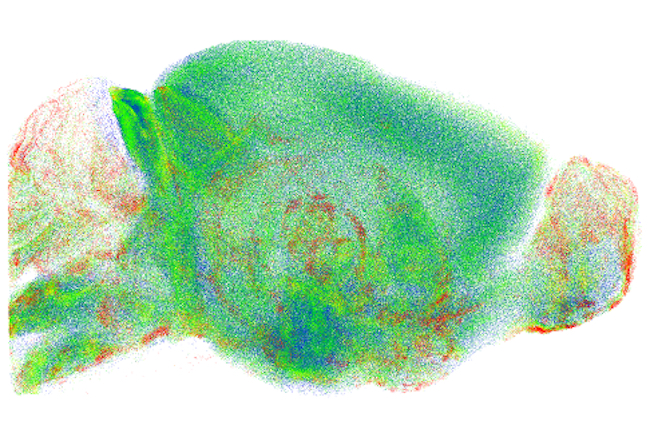 Dr Ludovico Silvestri, first author of the study and researcher in Physics of Matter at University of Florence in Italy, said: “The lack of instruments capable of analysing large volumes at high resolution has limited our studies of brain-wide structure to a rough, low-resolution level.

Dr Leonardo Sacconi, of the National Institute of Optics of the National Research Council (CNR-INO), a co-author of the paper, added:  "Beyond these dimensions, the biological tissue begins to behave like a lens, disrupting the alignment of the microscope and consequently making the images blurry."

With RAPID, the researchers propose a new auto-focusing technology compatible with light-sheet microscopy that is capable of automatically correcting the misalignments introduced by the sample itself in real time. In cubic centimetre-sized, cleared samples, such as intact mouse brains, the autofocussing removes image degradation to enable enhanced quantitative analyses.

The new method is inspired by the optical autofocus systems found in reflex cameras, where a set of prisms and lenses transforms the blur of the image into a lateral movement. This allows the alignment of the microscope to be stabilized in real time, producing sharper, more richly-detailed images. 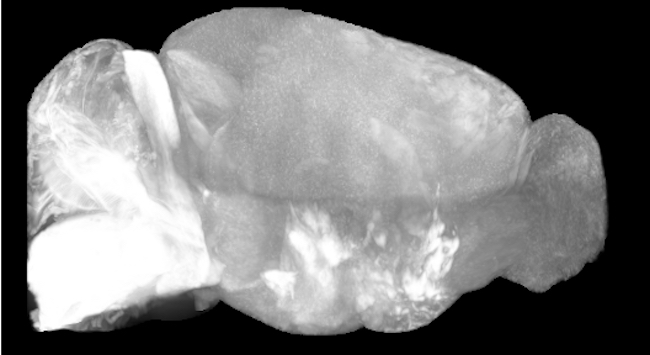 Dr Caroline Müllenbroich, a Marie Skłodowska Curie fellow and lecturer at the University of Glasgow’s School of Physics and Astronomy is a co-author of the paper. Dr Müllenbroich contributed to the design and implementation of the microscope and autofocusing system.

Dr Müllenbroich said: “While we originally invented RAPID for light-sheet microscopy, this autofocusing technology is actually suitable for all wide-field microscopy techniques. It is very versatile and sample agnostic with multiple applications beyond neuroscience.”

The high resolution guaranteed by RAPID - which is also the subject of an international patent owned by Unifi, the European Laboratory of Nonlinear Spectroscopy (LENS) and CNR - has allowed researchers to study on a whole-brain scale problems previously analysed only in small, local areas.

For example, the spatial distribution of a particular type of neurons - which express somatostatin - has been investigated, showing how these cells tend to organize themselves in spatial clusters, which are suspected to make their inhibitory action more effective.

Another application concerns microglia, a set of cells with different functions (from the response to pathogens to the regulation of neuronal plasticity), whose shape changes according to the role they play. The analysis of microglia performed with RAPID revealed significant differences between various brain regions, paving the way for new studies on the role of this cell population.

In addition to the University of Glasgow, the Italian researchers also collaborated with scholars from the European Molecular Biology Laboratory in Heidelberg (Germany). The study was carried out within the European Flagship Human Brain Project, of which LENS and CNR are partners.