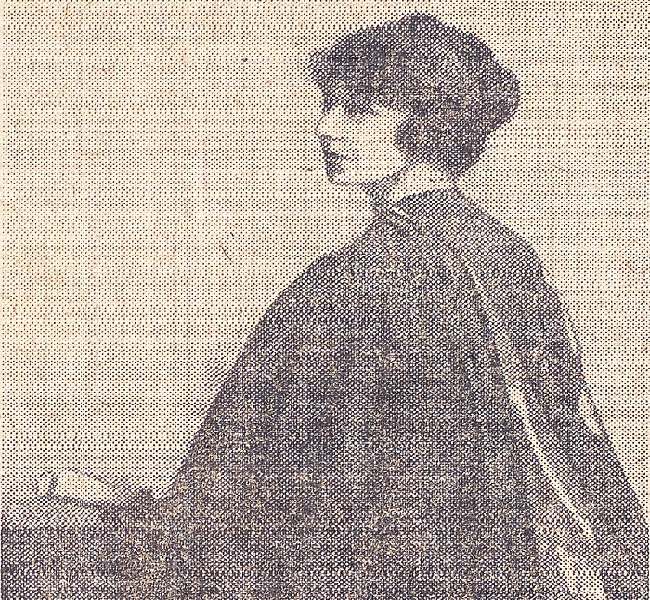 Six trailblazing women from Scotland’s past, from the country’s first female solicitor to the first Scottish woman to direct a feature-length film, have been recognised as Historic Environment Scotland (HES) announced the latest round of recipients of its Commemorative Plaque scheme.

The national scheme, which has been running since 2012, celebrates noteworthy individuals from Scottish public life, as nominated by the public, by erecting plaques on buildings with strong links to their life or work.

The successful female recipients under this year’s scheme are include University of Glasgow's former alumna Madge Easton Anderson (1896-1982) who was the UK's first woman solicitor. Ms Anderson was also part of first known law firm led entirely by women.

Ms Anderson's plaque will be installed at The Stair Building, which houses the University of Glasgow’s School of Law.

The announcement comes ahead of Women’s History Month, which is celebrated each year in March to document the lives and achievements of women.

Barbara Cummins, Director of Heritage at HES, said: “The contribution of women in Scotland’s history is often overlooked, and I’m pleased that this year’s Commemorative Plaque awards give us the opportunity to celebrate the life and work of some truly inspirational women.

“Through our plaque scheme, we want to highlight the important link between people and places, connecting these exceptional individuals to the built environment that shaped their life and work.

“As we look forward to marking Women’s History Month, I hope that awarding these plaques will bring some much-deserved recognition to some of the leading female figures from Scotland’s past.”

“We are delighted that the story of this amazing Scottish legal pioneer – who 100 years ago became the UK’s first female solicitor - is now being recognised with her own plaque from Historic Environment Scotland. We are honoured that we will now have this HES plaque in Madge’s alma mater and hope it will help to inspire our current and future students to be all they can be.”

Along with Ms Anderson, the other five women include:

In total 17 influential people who lived and worked in Scotland - from artists and an actor to naturalists and a nautical engineer - have been recognised in this round of commemorative plaques. The other 11 recipients are:

As part of the University of Glasgow’s International Women’s Day celebrations, the School of Law is host an event on Friday 6 March 2020 to mark 100 years of women in law.

The Sex Disqualification (Removal) Act 1919 permitted women to enter the legal profession for the first time, and a University of Glasgow Law graduate, Madge Easton Anderson, became the first female solicitor in the UK, when she was permitted to enter the profession in 1920.

At this event the School of Law will share its work  uncovering and celebrating the stories of our earliest female pioneers and capturing the stories of women in (and of) law today. Learn more here - https://www.eventbrite.co.uk/e/first-100-years-international-womens-day-celebration-tickets-93495634961?ref=eios