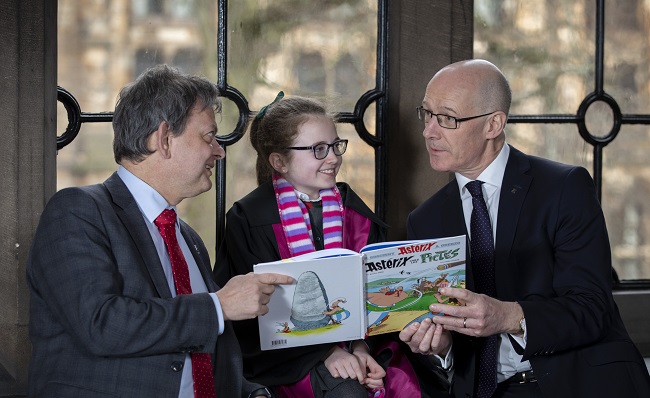 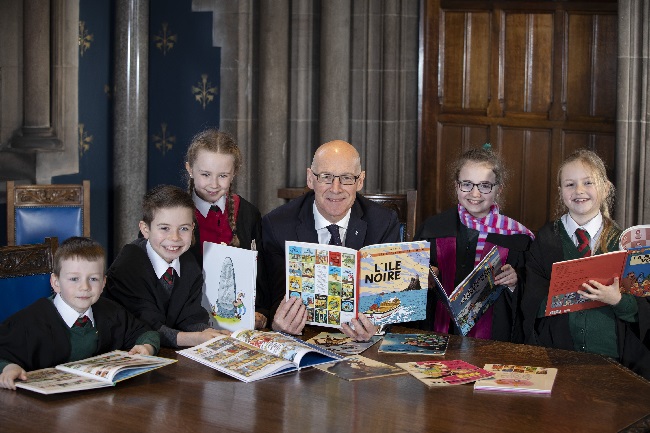 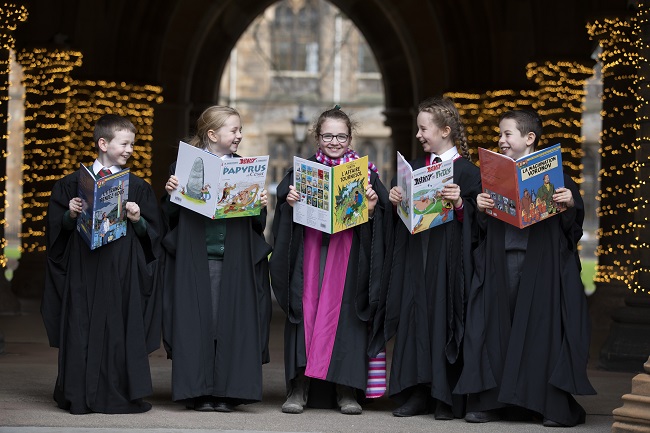 ‌ Pupils from St Patrick's Primary School, Shotts in the Cloisters at the University of Glasgow