Researchers from the University of Glasgow have received a grant worth over £250,000 from health charity, Prostate Cancer UK, to explore an innovative immunotherapy treatment designed to help patients with advanced prostate cancer. 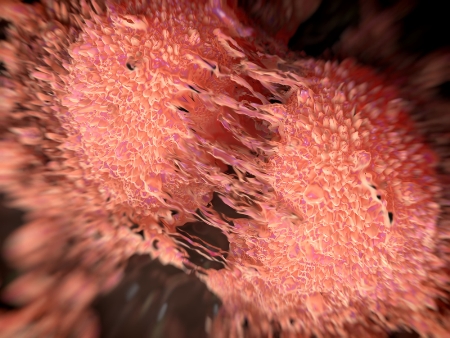 The grants have been awarded as part of the charity’s £3 million Research Innovation Awards scheme following a competitive process and detailed assessment from international experts. The scheme encourages researchers across the UK to develop forward thinking, ambitious research proposals which challenge the status quo to help fight prostate cancer.

The study, led by Professor Stephen Tait, aims to develop a new therapy that kills cancer cells using the body’s own immune system. Advanced prostate cancer is currently largely treated with hormone therapy, which eventually becomes ineffective as the cancer learns to evade the treatment. The new treatment would prevent the cancer from developing this resistance and may even provide men with long-term protection against prostate cancer.

Professor Tait said: “Immunotherapy is a really exciting development in the fight against cancer which uses the body’s own natural defences to attack the disease. We already know this method works well in other cancers, and this funding gives us the chance to find out whether it can also help men whose prostate cancer is currently incurable.

“Cancer cells treated with hormone therapy usually destroy themselves using proteins called caspases. However, we’ve found that if we stop these caspases from working the hormone therapy kick-starts your immune system to kill these cells instead. Even better, it clears up cancer cells that were missed by the initial treatment and may even protect men against prostate cancer in future.”

Prostate cancer is the most common cancer in men and the disease kills one man every 45 minutes in the UK, and around 900 men die from prostate cancer every year in Scotland.

Dr Matthew Hobbs, Director of Research at Prostate Cancer UK said: “Prostate cancer is on target to become the UK’s most commonly diagnosed cancer by 2030, making it more important than ever to fund innovative research like this. At Prostate Cancer UK, we are totally focussed on using our expertise to keep funding the research that will tame this disease.

“Men with advanced prostate cancer are left with limited options if the cancer becomes resistant to hormone treatment, and the pioneering research taking place at the University of Glasgow could pave the way for new treatments which would change the game for men.

“To help us fund even more vital research, we’re encouraging everyone to sign up to the Glasgow March for Men – one in our series of mass participation walking events taking place across the UK this summer. Now in its third year, the Glasgow march alone has raised an incredible £182,000. But the march isn't over - we're still on the road to better tests, better treatment and better care. So, we'd like to ask you to pull your boots on again for an even bigger, even better March for Men in 2019.”

Professor Tait continued: “If this therapy is shown to work we’ll be able to start clinical trials to show just how effective this can be alongside existing treatments. This could be a game-changer for men with advanced prostate cancer, and none of it would be happening without Prostate Cancer UK’s generous grant.”

“This is an incredibly exciting time for prostate cancer research and we’re proud to be part of a movement which could bring about real change for men within our lifetimes.”

In a bid to ramp up its fundraising Prostate Cancer UK launched three March for Men walks, in 2017, to help raise the vital funds needed for research.

Two years on, Prostate Cancer UK’s March for Men series includes walks in Glasgow, Manchester, Nottingham, Bristol, Leeds, Liverpool and London – with more to be announced soon. So far, 6,300 walkers have raised over £825,000 in funds to stop prostate cancer being a killer.