My research primarily explores 'scribe-centric' approaches to medieval manuscripts and their texts. Initially, this was developed in the context of cartulary manuscripts. A book on this topic was published Boydell & Brewer in 2020: Reading and Shaping Medieval Cartularies: Multi-Scribe Manuscripts and their Patterns of Growth. I have since been working on other related areas of this research, including place-names in cartulary manuscripts, 19th-century antiquarian editions, cataloguing cartularies, and the implications of cartulary copies for charter-text survival in medieval Scotland.

My latest project is an AHRC Research, Development & Engagement Fellowship (early career) entitled Scribal autonomy in multi-scribe manuscripts: digital visualisations through the Chronicle of Melrose Abbey (Jan 2023 - Jun 2024). This project explores how much agency scribes had when writing year-by-year (‘annalistic’) chronicles. The main project output will be an innovative, Open Access digital edition of the Chronicle of Melrose Abbey (an important 12th- and 13th-century source from the Scottish borders) which will allow the text to be read in its immediate scribal and manuscript context.

From 2020 to 2021, I was a Co-Investigator on the AHRC/IRC-funded network, A Digital Framework for the Medieval Gaelic World. The network focused on the impact of digitisation on research into medieval Ireland and Scotland in order to achieve a better understanding of how we currently use digital resources in research and how this might change in the future. I led the thematic strand on digital sustainability, exploring how humanities scholars can approach this in theory, importantly, and in practice.

From 2018 to 2019, I was the Principal Investigator of a Royal Society of Edinburgh-funded project, Researching and Curating Active Manuscripts: Scotland’s Medieval Cartularies. This was a collaboration with the National Records of Scotland and National Library of Scotland, and looked at the current challenges and opportunities for curating and researching medieval cartulary manuscripts.

From 2014 to 2017, I was part of an AHRC-funded project, Models of Authority: Scottish Charters and the Emergence of Government, 1100–1250. The project’s main outcome was a digital research tool for the study of the contents, script and physical appearance of Scottish charters. In 2021 I was appointed co-director of this resource (with Dr Stewart Brookes) tasked with the remit of publishing a new edition of the resource and ensuring its longer term sustainability.

I am currently co-leader of BGE@UniversityofGlasgow (with Prof. Dauvit Broun and Lynne Robertson, Education Scotland). This brings together academics from the College of Arts and school teachers to create new resources based on recent research for use in Broad General Education in the Curriculum for Excellence (the school curriculum for nursery to S3). The scheme has been running since 2014, and has so far produced 14 resources.

Tucker, J. (2019) Recording boundaries in Scottish charters in the twelfth and thirteenth centuries. In: Davies, J. R. and Bhattacharya, S. (eds.) Copper, Parchment, and Stone: Studies in the Sources for Landholding and Lordship in Early Medieval Bengal and Medieval Scotland. Centre for Scottish and Celtic Studies, University of Glasgow: Glasgow, pp. 151-192. ISBN 9780852619575

Tucker, J. (2019) Recording boundaries in Scottish charters in the twelfth and thirteenth centuries. In: Davies, J. R. and Bhattacharya, S. (eds.) Copper, Parchment, and Stone: Studies in the Sources for Landholding and Lordship in Early Medieval Bengal and Medieval Scotland. Centre for Scottish and Celtic Studies, University of Glasgow: Glasgow, pp. 151-192. ISBN 9780852619575 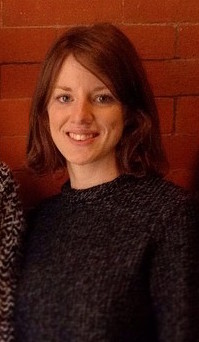