UofG scientists are set to spearhead a multimillion pound research project that could revolutionise treatment for people with bowel cancer, the second most common cause of cancer death.

Researchers from the Cancer Research UK Beatson Institute, which is based at the University of Glasgow, will lead a joint UK and European project with around £5 million funding from Cancer Research UK and two of Europe’s leading cancer research charities to help find better treatments for the disease. 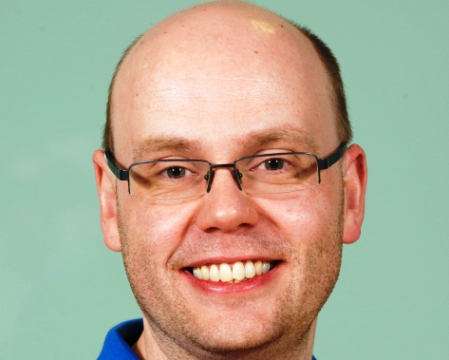 When diagnosed at its earliest stage, more than 9 in 10 people with bowel cancer will survive their disease for five years or more.

But for those patients diagnosed with bowel cancer at the latest stage, only around 1 in 10 will survive their disease for five years or more.

To accelerate progress into bowel cancer research, the Glasgow scientists will lead a project to establish a European and UK network of clinicians and scientists that will bring together the greatest minds in the field to develop more targeted treatments for patients.

Dr Campbell said: “We’ve made big strides towards beating bowel cancer – survival is improving and has more than doubled in the last 40 years. But it’s still the third most commonly diagnosed cancer in the world, and bowel cancer is the second highest cause of cancer-related death in Europe.”
He continued: “Patients who have been diagnosed with late-stage disease, or with advanced bowel cancer that has spread, have more limited treatment options and their cancer can become resistant to chemotherapy.

“Our goal with this game-changing project is to work together with our colleagues in the UK, Spain and Italy to share information and cancer models, so that we can better understand the different subtypes of bowel cancer and figure out what is driving them. Our hope is that this information will help us find new, more targeted treatments that could increase survival for these patients.”

The multimillion pound project that will be led by the Glasgow scientists is one of six research projects to receive funding from Cancer Research UK’s Accelerator Awards programme – a funding scheme designed to speed up progress in translational research through collaborations across the UK and in Europe.

“Every hour, around four people are diagnosed with cancer in Scotland. That’s why we’re working every day to find new ways to prevent, diagnose and treat the disease. But we can’t do it alone. We hope our Right Now campaign will inspire people to take action and play their part in beating cancer.”

Victoria added: “There are so many ways to show your support here in Scotland. From joining a Race for Life event, donating items to a CRUK shop or giving time to volunteer. Every action makes a difference and money raised helps to support Cancer Research UK’s vital work.”