People who work in factories, construction and in housekeeping jobs are the occupational groups that have the highest mortality rates, according to a new study.

Researchers from the MRC/CSO Social and Public Health Sciences Unit, University of Glasgow, have published the first study to rank mortality rates by occupation in the UK in 30 years, in the Lancet Public Health today. 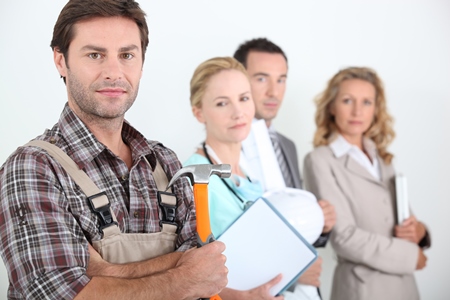 The study, which confidentially analysed mortality rates and occupational data together, found that doctors and other health professionals have very low death rates while factory workers and cleaners have amongst the highest death rates.

The study, which looked at records from 1991 to 2011, found over three-fold differences in mortality rates by occupation, with unemployed men and women faring the worst.

Researchers also compared differences in mortality rates between Scotland and the rest of the UK, revealing that higher rates of death in Scotland were concentrated in the lowest skilled occupations.

Lead author of the study Dr Vittal Katikireddi, said: “Our results show that there were very large differences in death rates by occupation, with professional occupations such as doctors and teachers faring far better than factory workers and garment trade workers.

Dr Katikireddi said: “Our study has particular relevance to policymakers in Scotland as there has been considerable concern that health outcomes in Scotland are poorer than elsewhere in Western Europe. Addressing Scotland’s ‘sick man of Europe’ status requires paying particular attention to improving health amongst people working in low skilled jobs and who are unemployed.”

The study, ‘Patterns of mortality by occupation in the UK, 1991-2011: a comparative analysis of linked census-mortality records over time and place’ is published in The Lancet Public Health. The work was funded by the Medical Research Council (MRC), The Scottish Government Chief Scientist Office and Wellcome.