Two University of Glasgow scientists have been awarded nearly £1m from the Medical Research Council (MRC) to investigate possible new drug therapies for respiratory diseases such as asthma.

The project, led by Andrew Tobin, Professor of Molecular Pharmacology and Graeme Milligan, Gardiner Chair of Biochemistry, both from the Institute of Molecular Cell and Systems Biology, will be funded by a MRC Industrial Collaborator Award, which aims to encourage and support collaborative research projects between academic and industry researchers. 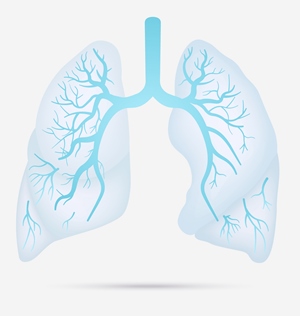 Asthma and chronic obstructive pulmonary disorder (COPD) are two major lung diseases that currently affect more than 500 million people worldwide, with the cost of treating these two diseases in the EU along amounting to nearly £50 billion pounds a year.

Asthma UK states that around 5.4 million people receive treatment for the disease, and 160,000 people a year receive an asthma diagnosis (more than are diagnosed with any other lung condition).

Professor Tobin said: “There is an urgent need to develop a clearer understanding of how the lung works and how to develop drugs that might relieve symptoms of human lung disease as well as prevent the progression of disease. This project aims to address these issues.”

Although there are a number of good treatments for both asthma and COPD, these are only effective in a sub-group of patients. For example, 45% of asthmatics remain uncontrolled, and there are no drugs that can stop the progression of either asthma or COPD.

Professor Tobin and the team have been working on a receptor protein in the lung that is activated by fats, including the omega 3 fatty acids found in fish oils.

Professor Tobin explained: “This seems a little strange, since the fats that activate this receptor protein can only come from our diet. But despite this, the receptor protein – called free fatty acid 4 (FFA4) – when activated by the small drug-like molecules that we have developed in the lab, results in relaxation of muscle that surrounds the airways in the lung.

This relaxation response opens the airways, allowing more air to flow in and out of the lung.”

The project will use mouse models of disease, as well as tissue from human patients suffering from asthma and COPD, to ask the question of whether FFA4 is a good target for development of drugs for human airway disease.

Professor Tobin added “To achieve our aim, we are not only drawing on our experience of the mechanisms of drug action, but we have also pulled together a team of expects that includes respiratory medical doctors and the drug company Astra Zeneca.

“Thus, with this combined expertise and excellent preliminary data, together with powerful genetically engineered mouse models, we hope to reach our objectives in this grant.”

The project is entitled “Defining the functional modes of action, and therapeutic potential of targeting, the free fatty acid receptor FFA4 in the lung.”