University of Glasgow researchers have been involved in the study of Anthrax, a disease currently common in the Ivory Coast’s Taï National Park, where it is posing a serious threat to wildlife.

The bacterium could soon cause the extinction of local chimpanzee populations, as revealed in a study by scientists from the University of Glasgow, the Robert-Koch Institute (RKI), the Max-Planck Institute for Evolutionary Anthropology and the Ivorian National Animal Health Institute. 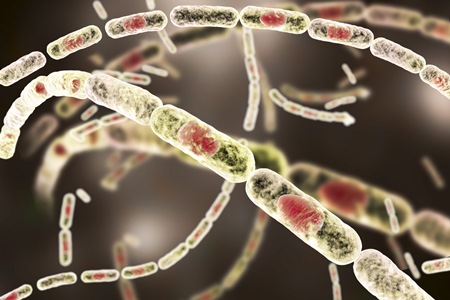 Dr Roman Biek from the Institute of Biodiversity, Animal Health and Comparative Medicine (IBAHCM) said: “This is a unique and important piece of research and we are delighted to have contributed. The conclusions rest importantly on the genetic data, which were generated by Glasgow Polyomics and analysed in collaboration with IBAHCM.

“The work highlights how the impact of endemic anthrax can remain unrecognised, even in well studied populations, unless appropriate surveillance systems are in place. There are important parallels to the neglected but significant impacts endemic anthrax has on human communities and their livestock in sub-Saharan Africa, as revealed by our current work in northern Tanzania.

“Raising awareness of the threat anthrax poses in these settings and finding ways to tackle it is a major aim of our research here at Glasgow.”

Lead author Fabian Leendertz from the Robert-Koch Institute added: “The results demonstrate the importance of long-term studies of infectious diseases and their effects on wildlife.

“They help us to better protect endangered species. But at the same time, infections in great apes are often indicators of diseases that can also affect humans.”

Lothar H. Wieler, president of the RKI and co-author added: “The work really highlights the One Health approach that sees human and animal health as intimately connected and stresses the need for considering them jointly.”

Anthrax is caused by spore-forming bacteria, typically Bacillus anthracis. Especially in the arid regions of Africa, outbreaks are common and can also affect people and their livestock.

In 2004, Leendertz’s team at the RKI discovered a previously unknown type of the anthrax bacterium in dead chimpanzees in the rainforests of Tai National Park: Bacillus cereus biovar anthracis. Studies conducted since have shown that the same type has also caused mortality in isolated cases in chimpanzees, gorillas, and elephants in Cameroon and the Central African Republic.

In their current work, the researchers focussed on the distribution of the pathogen within Taï National Park and its effect on wildlife populations. They analysed bone and tissue samples which had been collected over the last 28 years from mammal carcasses found in the park.

They also looked at the stomach content of carrion flies: these flies constantly encounter carcasses, pick up the anthrax pathogen, and can thus provide clues about the areas and species it circulates in.

Bones and flies from 16 other regions in sub-Saharan Africa were also tested. Sequencing and analysing the pathogen’s genome, which also involved scientists at the University of Glasgow, enabled establishment of how animal cases were linked.

Emmanuel Couacy-Hymann, Head of the Ivorian Animal Health Institute, said: “To our surprise, almost 40% of all animal deaths in Tai National Park we investigated were attributable to anthrax.”

The researchers found the pathogen in several monkey species, duikers, mongoose, and a porcupine. Most seriously affected were the chimpanzees: 31 of the 55 individuals whose carcasses were examined had died from the disease.

Roman Wittig, who leads the Taï Chimpanzee project at the Max-Planck Institute for Evolutionary Anthropology said: “According to our projections, the contribution from anthrax could drive chimpanzees in Taï National Park to extinction.”

The scientists are now trying to find out why the pathogen is particularly active in Taï National Park. They also still don’t know where and how animals become infected.

In addition, the researchers are searching for ways to protect the chimpanzees, including the possibility of vaccination.

Human infections with the atypical type of the anthrax bacterium have so far not been reported, but the probability that it also poses a threat to humans, just like Bacillus anthracis, is high, since both types are highly related.

Collaborative studies between RKI and research institutes and agencies in Ivory Coast to investigate this, are currently under way. Anthrax in humans can cause death but if recognised early can usually be treated successfully with antibiotics.

The paper, ‘Persistent anthrax as a major driver of wildlife mortality in a tropical rainforest’ is published in Nature.