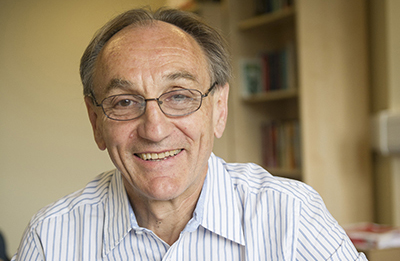 The Game Theory Society aims to promote the investigation, teaching and application of game theory. Game theory refers to the study of ‘mathematical models of conflict and cooperation between intelligent rational decision makers’ and looks at the relationships between participants in a particular model and predicts their optimal decisions.

An essential modelling tool for economics and social sciences, it also presents challenging research questions in mathematics. In the last four decades game theory has become the dominant paradigm in economics, while also influencing a wide range of fields including computer science, neuroscience, philosophy and biology.

“Game Theory” is now used as an umbrella term for the science of logical decision making in humans, animals and computers. The Nobel Prizes in Economics were awarded to pioneers Game Theorists in 1994 and 2005.

The Game Theory Society was founded in 1999 with the Council being an elected body that consists of leading experts in game theory and its applications.

The Officers (President, Executive Vice-President, Vice-President for Communications, and Secretary/Treasurer) are responsible for the ongoing operations of the Society and are elected every two years by the members of the Council. Past Presidents include three Nobel Laureates, Robert Aumann, Eric Maskin and Roger Myerson.

Professor Hervé Moulin has been a Fellow of the Royal Society of Edinburgh since 2015; Fellow of the Econometric Society since 1983; President of the Society for Social Choice & Welfare from 1998 to 1999; and has been a Council Member of the Game Theory since 2000. His research has been supported in part by seven grants from the US National Science Foundation.