Plants and animals, including humans, show strong seasonal cycles in health, behaviour and abundance, but these “rhythms of life” are being disrupted, according to a study published today in the journal Proceedings of the Royal Society B.

By bringing together examples from different terrestrial and aquatic ecosystems, the study authors document widespread evidence of seasonality in physiology and behaviour. These range from birth and death rates in humans, to breeding success and immunity in wild species such as birds and grazing mammals. They highlight the growing evidence that disruptions to these seasonal rhythms, imposed by environmental change, have negative health impacts.

The research shows that seasonal disruption is a common challenge for human and wild plant and animal populations alike. To meet this challenge, there is a clear need to work across disciplines to fully understand the impacts of seasonal disruption, and the extent to which we can adapt to change. 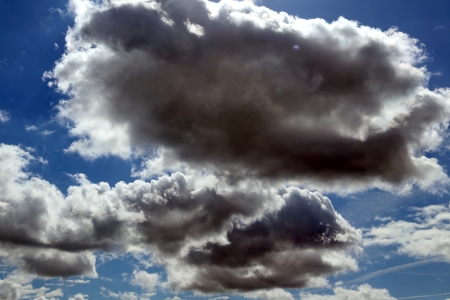 The work is the result of an international collaboration between 26 universities and research institutes across the UK, continental Europe, United States, Australia, India and Japan led by researchers at the universities of Aberdeen and Glasgow. It forms part of the University of Glasgow’s cross-disciplinary ‘Seasons of Life’ initiative, which was established to address the major challenges posed by environmental change to human and ecosystem health.

Dr Stephen Thackeray from the Centre for Ecology & Hydrology (CEH) said: “There is mounting evidence that the ecological seasons are changing, and so we must prioritise research into the possible impacts that these changes have. We need to know the extent to which species are resilient, or vulnerable, to seasonal disruption.”

Dr Alistair Dawson, also from CEH, said: “All species on our planet have co-evolved in environments that change seasonally during the year. Their life cycles are finely tuned to adapt to, and benefit from, seasonality. The potential impacts of anthropogenic disruption of seasonality on ecosystems are wide-ranging, complex and little understood.”

Uniquely, the study complements findings from ecosystems and physiology by assessing the impact of disrupted seasons on the spread of infectious diseases to people, livestock and wildlife.

Dr Heather Ferguson, from the University of Glasgow, said: “It has long been recognised that the insect vectors of both tropical and temperate diseases are highly seasonal. We are only now starting to appreciate that our susceptibility to becoming infected and the way in which our body responds to pathogens is also highly seasonal, such that changing the time of year in which humans, animals and insect vectors interact could alter health outcomes.”

Humans may also be directly affected by disrupted seasonal cycles. Changes associated with modern lifestyles have disconnected us from seasonal variations in the natural environment, buffering us within a state of ‘eternal summer’.

Furthermore, we are all dependent upon natural seasonal cycles that are critical to the production of food by agriculture and fisheries.

Lead author Dr Tyler Stevenson, of the University of Aberdeen, said that “the collective nature of our work highlights that humans are not simply passive responders to seasonal climates, and the challenges we face now are in identifying how humans and other animals maintain seasonal time at a genetic level”.

Dr Barbara Helm, of the University of Glasgow's Institute for Biodiversity, Animal Health and Comparative Medicine, started the “Seasons of Life” initiative. Through her own work on the seasonal biology of birds, she became increasingly aware of how closely organisms are interconnected in the ways they have adapted to the predictable changes across the seasons. She said: “We might be in for surprises in human medicine once we understand our species’ seasonal biology in greater detail.”