The University of Glasgow’s Professor Raymond Ogden has been named as the 2016 recipient of a prestigious solid mechanics award. 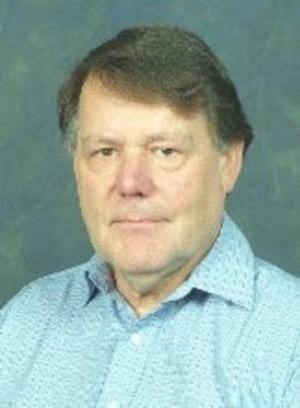 Professor Ogden will officially be presented with the 2016 Rodney Hill Prize at the International Congress of Theoretical and Applied Mechanics in Montreal, Canada in August next year.

The award has an unusually personal connection for Professor Ogden, whose PhD in solid mechanics and applied mathematics at the University of Cambridge was supervised by Professor Rodney Hill, after whom the award is named.

The prize is awarded every four years by Elsevier and the International Union of Theoretical and Applied Mechanics in recognition of groundbreaking work in the field of solid mechanics carried out over the last 10 years.

Winners of the award receive $25,000 and the honour of presenting a prize lecture at the congress. They also provide a new research paper to be published in an Elsevier journal.

Professor Ogden said: “I was surprised and pleased to hear that I would be receiving the 2016 Rodney Hill Prize.

“It’s a great honour in itself to be presented with the award, but the fact that Rodney Hill was my PhD supervisor makes it even more special.

“I’m very much looking forward to presenting the prize lecture in Montreal next year.”

Professor Ogden is George Sinclair Chair of Mathematics at the University. Throughout his distinguished career, he has pioneered in the development of the continuum mechanics framework for the study of nonlinear material behaviour and large deformation continuum mechanics. The constitutive law he proposed for rubber-like materials has been broadly adopted as a basis for numerical simulation. His 1984 book on Non-linear Elastic Deformations has become a classic in the field. Beginning with the constitutive description of rubber-like materials, now known as the Ogden model, he has developed constitutive descriptions of biological materials.

In the past ten years, he has developed computational models of arterial walls that have been integrated into most commercial finite element codes. More recently, he has also pioneered in the development of constitutive descriptions for large amplitude deformation of soft materials that exhibit electromagnetic behaviour.