The University of Glasgow’s teaching and research in clinical, pre-clinical and health subjects is among the 50 best on the planet, according to the influential Times Higher Education World University Subject Rankings. 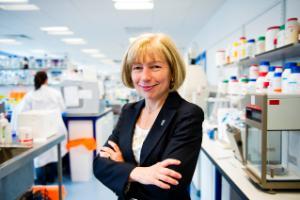 “Our teaching and research is set to become even stronger in the years to come. The Stratified Medicine Scotland Innovation Centre, which we lead, is working to develop new forms of personalised treatment for chronic diseases. The recently-opened £23m Sir Michael Stoker Building offers our Centre for Virus Research new facilities for understanding and treating viral diseases in humans and animals. Next year, our state-of-the-art Imaging Centre for Excellence will become the first in the UK to house a £7m 7-Tesla MRI scanner in a clinical setting, offering radical new possibilities in brain imaging and stroke treatment.

“This is an exciting time for the College and the University as a whole, and we’re looking forward to making the most of the opportunities on the horizon.”

The ranking announcement is the latest in a series of league table successes for the University, which include an 18-place rise to 76th position in the 2015-16 Times Higher Education World University Rankings, a joint-top placing in the National Student Survey, and becoming the only UK University to achieve a rare 5 Star Plus rating in the QS World Rankings.