Three new lay members have been welcomed onto the University Court. 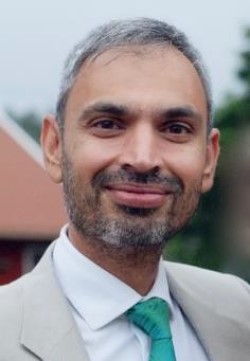 Laic Khalique is an experienced director and senior strategic and operational delivery leader with extensive experience within the health and social care sector, specialising in the conception and implementation of new digital patient pathways.

Laic was a Deputy Non-Executive Director of the Scottish Government from 2019 with a focus on assurance and risk management.

Laic continues to work with the Scottish Government, and is currently the Chair of the Scottish National Public Sector Minority Ethnic Forum a new group which he founded, with an initial focus on the NHS, aiming to advancing race equality and diversity and provide a strong forum for meaningful engagement and change. 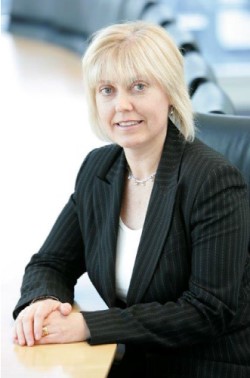 Linda Hanna is an experienced senior leader working across public and private sector to deliver solutions addressing economic challenges and opportunities. She currently works as Managing Director of Scottish Economic Development at Scottish Enterprise to help build economic systems to support entrepreneurs, industries and communities in Scotland to innovate and grow.

This includes helping accelerate major opportunities for Scotland’s economy, such as high-value manufacturing, life sciences, data-driven innovation and the low-carbon economy through partnerships across Scotland’s cities and regions.

Linda is Co-Chair of the Boeing Scotland Alliance and previously been an advisor on the UK R&D Place Advisory Group, a Founding Director of Fintech Scotland and Michelin Scotland Innovation Parc and Non-Executive Director of Investors in People Scotland and Scottish Business in the Community.

Jonathan Loukes is a CFO and Partner at Artemis Investment Management LLP and has been an external member of the Finance Committee since 2019. Jonathan graduated from the University in 1993 with an LLB and then went on to complete the Diploma in Legal Practice. He also studied for an LLM in law and economic at Glasgow.

Jonathan qualified as an accountant with Arthur Andersen before joining Deloitte, where he spent seven years. He worked in audit and corporate finance.

He moved to Aberdeen Asset Management plc in January 2010 as Deputy Group Finance Director and then joined Artemis as CFO in September 2017. Jonathan is a partner in Artemis Investment Management LLP and a member of the firm’s Executive Committee. His responsibilities include finance, strategy and HR.

He is a member of the Institute of the Chartered Accountants of Scotland, where he was formerly the Convener of the Corporate Reporting Committee. Jonathan also holds an MBA from Manchester Business School.