The University of Glasgow is to benefit from a £1m award from the Wolfson Foundation for its work on Quantum and Nanotechnology which will be a key focus of its new Research Hub in the Western campus.

The £113m Research Hub, currently under construction as part of the University’s £1bn campus development programme, will provide a cutting-edge environment where the Quantum Research team can interact, co-creating the next generation of imaging systems which will have the ability to transform security, healthcare and transportation. 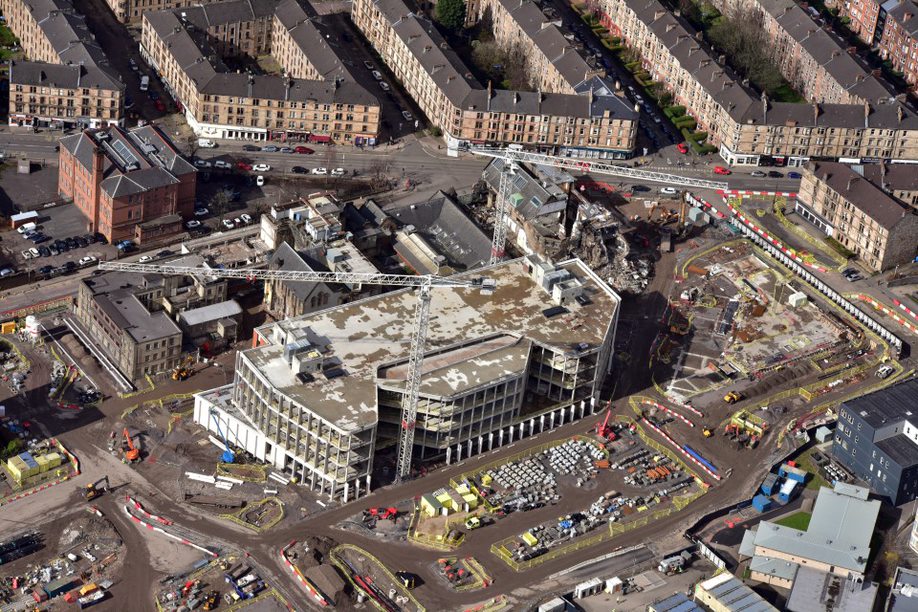 The University of  Glasgow is already an international centre of excellence in quantum and nanotechnology science and a pioneer in this area of research, with Professor Miles Padgett FRS FRSE as the QuantIC Director and Professor Daniele Faccio FRSE as the lead for the quantum and nanotechnologies theme in the Research Hub. More widely, the University’s researchers study and control particles of matter and light to understand the building blocks of the universe.

The Wolfson Foundation is an independent grant-making charity which has the fundamental aim of improving the civic health of society, mainly through education and research.

Professor Sir Anton Muscatelli, Principal and Vice-Chancellor of the University of Glasgow, said: “I am deeply grateful to the Wolfson Foundation for this award in recognition of the University’s groundbreaking research in quantum and nanotechnology. Two years ago we were delighted to announce that the Wolfson Foundation had awarded £1m for our Institute of Health and Wellbeing whose Clarice Pears Building is also currently under construction on the Western campus. The University has been the recipient of valuable support from the Foundation over several decades, enabling us to progress a wealth of important work in areas such as cancer research, virology and medical education – and many more.

“In quantum and nanotechnology we have a unique opportunity to exploit a technology that is on the brink of making a profound impact on our society and economy. I am delighted that the Wolfson Foundation has given its endorsement for what is an institutional priority for the University of Glasgow, and in so doing has chosen to continue a long and fruitful association with the University.”

Wolfson Foundation chief executive Paul Ramsbottom OBE said: “We are delighted to be continuing our long partnership with the University of Glasgow. Quantum technology is a fast-moving and intriguing area of science, with widespread potential application - not least in medical imaging – and the strengths of the research at Glasgow were evident.”

Quantum and nanotechnology will occupy one floor in the Research Hub where a research team of eight academics and more than 60 researchers will:
• Combine and exploit new techniques to create a step change in deep body and brain imaging;
• Develop the quantum technologies needed to make new forms of imaging that cannot be achieved classically;
• Use quantum technologies to answer fundamental questions about quantum behaviour itself.

The key approach that distinguishes Glasgow’s research is the combination of artificial intelligence with novel quantum technologies that will be employed to create next-generation imaging devices. Its quantum technologies allow the team to create videos at a trillion frames per second, freezing light in motion and providing unprecedentedly detailed information of illuminated objects. This vast amount of information can then be used to inform artificial intelligence systems that can either make informed decisions or create images in situations where the human eye or a normal camera alone would never retrieve any information.

Its researchers are working with UK-based industry and end-users to translate scientific excellence into commercial gain and societal benefit such as the ability to replace x-rays with light alone, to image in 3D through fog and smoke, or to visualise harmful and toxic gases.

Glasgow leads one of the UK’s four Quantum Technology Hubs, QuantIC; its researchers are collaborating on over 40 projects to revolutionise imaging across industrial and consumer markets and already have eight new products nearing market. Their continuing vision is to pioneer cameras operating across a range of wavelengths, time-scales and length-scales that will transform society bringing paradigm changes to security, healthcare and transportation.

The £113m Research Hub will be a vibrant, creative and collaborative heart for the Western campus. It will house around 600 academics, postdoctoral researchers and PhD students working across five themes. The ground floor will be accessible to the University and the wider community and will become a forum for knowledge exchange and public engagement.