Foreign Secretary Jeremy Hunt has delivered a major speech on "Deterrence in the Cyber Age" at the University of Glasgow.‌‌ 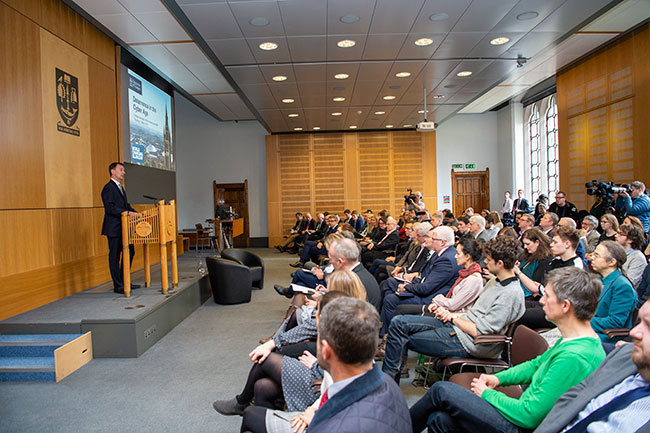 He was welcomed by the Principal, Professor Sir Anton Muscatelli, and went on to tell a large audience: "Simply making it harder for our adversaries to inflict damage in cyberspace won’t be sufficient on its own. Nor will verbal condemnation or written agreements create the taboo we should seek for the manipulation of democratic elections."

Mtr Hunt added: "We need a strategy that deters hostile states from intervening in free elections in the first place, a new doctrine of deterrence against cyber attacks in our democracies."

In a question and answer session with media and members of the audience, Mr Hunt answered questions on a range of topics including Brexit, the Scottish IndyRef, cyber-security policy, immigration policy, post-study visas and support for the Scottish four-year degree. 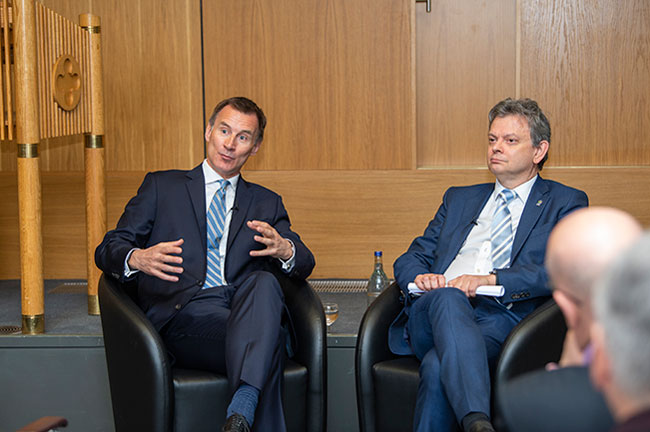 He also visited the Cyber Defence Lab led by Professor Chris Johnson, Head of the School of Computing Science, and met a group of computing students, including some international students. Professor Johnson gave the Foreign Secretary a demonstration of some of the most advanced cyber-security computer techniology.