The University's Professor Graham Watt, who helped found the 'Deep End' project for practices in deprived areas, was awarded the first-ever ‘Lifetime Achievement Award’ at the General Practice 'Pulse' Awards in central London. 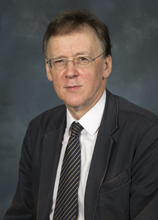 Professor Watt received a standing ovation at the awards ceremony - run by Pulse's publishers, Cogora - for his influence on the negotiations surrounding the Scottish GP contract earlier this year.

Scotland’s First Minister Nicola Sturgeon acknowledged Professor Watt’s campaigning on deprivation when she told Parliament that her Government would address the ‘inverse care law’ - the principle that people in deprived areas, who most need medical care, are least likely to receive it - through the new Scottish GP contract in 2017.

Much of his campaigning has been through the Deep End project, which involves the 100 most deprived practices in Scotland.

Through this Professor Watt has published many research papers on the impact of deprivation on health outcomes, and the lack of funding for deprived practices.

He said: 'The fact that we're getting it [the award] in London, at a UK level, that's a very important signal to me and my colleagues in Scotland trying to work on the inverse care law because I think it won't do us any harm in being noticed. So thank you to Pulse for doing that.'

In a speech after receiving his award, Professor Watt said: ‘It’s nice to get this award but it’s especially nice to get it in the company of 500 frontline practioners.

He added that there is a ‘danger for Pulse if they go down the road of lifetime awards in primary care because there are so many people deserving of them’.

Professor Watt is also an elected fellow of the Academy of Medical Sciences, and the Royal Society of Edinburgh, the academic representative on the Scottish RCGP Council, and chair of Programme Advisory Panel, Medical Aid for Palestinians.

You can see a clip of the award presentation on Twitter.