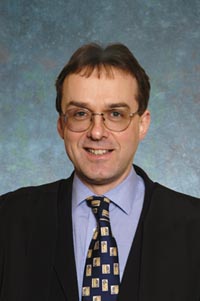 Professor David Adams, the University of Glasgow's Ian Mactaggart Chair of Property & Urban Studies, has been appointed by the Scottish Government as one of five new Scottish Land Commissioners. It is a part-time appointment and Professor Adams will take up the role next month, subject to confirmatory hearing before the Scottish Parliament’s Environment, Climate Change and Land Reform Committee.

Scottish Ministers have selected Andrew Thin to chair the Commission, which will be located in Inverness and will be operational from April 2017.

Cabinet Secretary for Environment, Climate Change and Land Reform Roseanna Cunningham, said: “In Scotland, land is one of our most valuable assets and we are determined that everyone should be able to benefit from it.

"I look forward to working with the Commissioners as they consider further proposals for land reform, reviewing policy and legislation, shaping future developments relating to land ownership and how we ensure that land plays its part in helping communities across Scotland realise their potential.”

Professor David Adams is a senior academic with significant experience of planning and development, land reform and urban issues. He was an adviser to the Land Reform Review Group, particularly in work on urban issues and is Professor of Property and Urban Studies at the University of Glasgow.

The other Commissioners, plus the Chair, just named by the Scottish Government are:

Andew Thin is currently the Government's Independent Advisor on Tenant Farming. He has extensive experience as a non-executive chair, particularly through the establishment of the Cairngorm National Park Authority and a long stint at Scottish Natural Heritage. He also currently serves as Chair at Scottish Canals and as a Non-Executive Director in the Scottish Government.

Lorne MacLeod is a chartered accountant by trade. He is also commercial director of a retail and distribution business on Skye. Currently Chairman of Community Land Scotland and a board member of Storas Uibhist.

Dr Sally Reynolds coordinates the Lewis and Harris Greylag Goose Management Scheme on behalf of SNH. An active crofter and livestock keeper, she contributes to a number of activities which benefit the community. An agricultural consultant (with a PhD in mathematical ecology), she is currently Development Officer for the Carloway Estate Trust on Lewis.

Megan MacInnes is currently on maternity leave and she is also working part-time and remotely as a land advisor to Global Witness, a London-based NGO. Her experience includes having worked in Cambodia, Myanmar and Laos, for respected NGOs and with governments and large agribusiness companies to improve protection of land rights. She has considerable expertise in land reform, land management (as crofter), community empowerment and human rights.

Dr Bob McIntosh CBE is a retired civil servant with extensive experience in public policy, in particular in land management and forestry, Bob was the SG Director for Environment and Forestry between 2012 and 2015, and before that served as the Director of Forestry Commission Scotland and in many other roles in the Forestry Commission. He has been a partner in a 650 acre hill farm for 15 years. He is also currently a Board Member of Highlands and Islands Enterprise.