The exhibition is part of University of Glasgow research project Musicians’ Union: A Social History project. The project is run by Professor Martin Cloonan and Dr John Williamson of the School of Culture and Creative Arts.

About the Musicians’ Union

The Musicians’ Union is the only trade union representing musicians in the UK.

The Union has organised in a variety of musical workplaces and has represented musicians’ interests when faced with a diverse range of employers.

To do so it has used traditional trade union methods - collective bargaining, the creation of closed shops and occasional strikes/ threats to withdraw labour - but the most interesting aspects of the MU’s history are those that are unique to the music profession and music industries.

This exhibition looks at some of the people, places, themes and issues that have shaped the Union’s history. 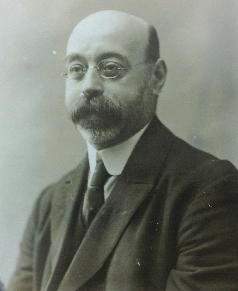 The Union began following an incident at Manchester‘s Gaiety Theatre which prompted Williams, at the time a 21 year old clarinettist at the city’s Comedy Theatre, to produce an anonymous circular, suggesting a meeting of musicians with a view to forming a Union.

Gentlemen, The phrase “WE OUGHT TO HAVE A UNION” is often uttered by musicians especially when they are compelled (for want of society) to rehearse etc without remuneration. Unfortunately, with the phrase the matter drops. No-one seems inclined to start a Union, yet on all sides it is admitted that one is necessary.

The meeting took place on 7 May and was attended by around twenty musicians from the city’s various orchestras. Having revealed his identity, Williams became the leader of the Union, and violinist J.T. Carrodus became its President.