The University of Glasgow sustains more than £1.5bn of output in Scotland, according to ‘Inspiring Economic Impact’, a survey commissioned by the University.

Published to coincide with a new five year strategy of ‘Inspiring People, Changing the World’ the economic report shows that the University of Glasgow sustains almost 15,000 jobs in Scotland, 40% of which are located outside of the city of Glasgow. Around £900m of output and £500m of GVA (Gross Value Added) can be attributed to the direct impact of the University, its students and international visitors.‌‌ 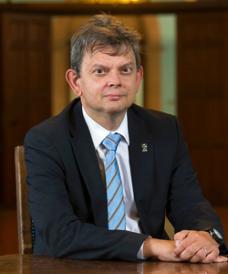 The University’s ability to leverage is also documented in the economic report - with every £1 of Scottish Government funding generating an additional £8.37 of output.

The study highlights ambitious plans for a £775m redevelopment of the University’s Gilmorehill campus - the biggest single education project in Scotland - on the site of the old Western Infirmary. The project will expand the University’s footprint on the city by 25%, creating around 2,500 jobs and adding over £130m GVA to the local economy. Plans include the creation of a state of the art learning and teaching centre, a research and innovation hub that will house large-scale interdisciplinary projects and incubator space for spin out collaborations with industry and the creation of a new ‘cultural quarter’ for the west end. Part of this is already taking shape with the redevelopment of the iconic Kelvin Hall in partnership with Glasgow Museums, Glasgow Life and the Scottish Screen Archives from the National Library of Scotland.

More than 27,000 students from over 140 countries provide for a vibrant and cosmopolitan campus at Glasgow. The University has over 300 formal agreements in place with overseas partner institutions and a fifth of Glasgow’s income comes from international sources. Research income alone more than doubled in the past five years to £20m.

As a place of learning, Glasgow is the university of choice for more than 1 in 8 Scottish students and welcomes more students from socially disadvantaged backgrounds than any other Scottish Ancient – with 25% of recent Scottish undergraduates from the areas identified as the most deprived by the Scottish Government.

The economic report comes at a time of major achievement. In 2015 the University of attained its highest ever global ranking, was rated joint top in Scotland in the National Student Survey, won the Herald newspaper Higher Education Institution of the Year and was the first and only UK university to be given a five stars plus rating by the QS organisation.

Professor Anton Muscatelli, Principal and Vice Chancellor of the University of Glasgow said, "This report shows how significant the University of Glasgow is as a driver of the Scottish economy. We account for 0.5% of all Scottish GVA, sustain around £1.5bn worth of output across Scotland and support 15,000 jobs – many of which are outwith Glasgow.

"As we move towards the hugely exciting opportunities that the redevelopment of our Gilmorehill campus will bring for staff, students, the local community and Scotland’s global reputation for education and innovation now is the right time to celebrate our economic impact. The University of Glasgow has long been regarded as a world leader in teaching, research and innovation. Working with our partners in Government, industry, the health service and other academic institutions we are now delivering major benefits to the Scottish economy."

The economic impact study concludes with an endorsement from the First Minister Nicola Sturgeon. "Scotland’s universities – including the University of Glasgow, of which I am very proud to be a graduate – are truly world-class seats of learning and are a significant contributor to our economy, skills development and job creation. Glasgow and its fellow institutions across the country are a vital part of the educational, economic and cultural fabric of Scotland."