Sherwan Taha, a graduate of the School of Education, is putting his learning into practice in his home city of Duhok in Iraqi Kurdistan as he seeks to turn it into the kind of “Learning City” he learned about in class.

The Kurdish student recently completed a one-year Master’s in Teaching Adults in the School of Education.

Sherwan enrolled in the Teaching Adults programme and immediately engaged with the curriculum and other students, many of whom were international students. 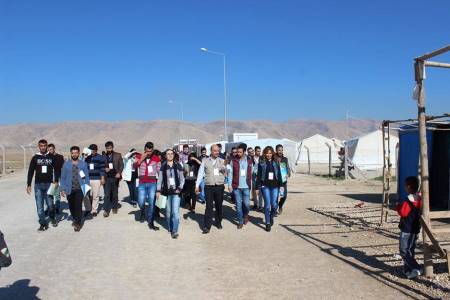 Dr Bonnie Slade, Lecturer in Adult Education and Programme Leader, said: “Sherwan demonstrated a commitment to adult education and social change right from the start. He is a natural leader and I am certain that he will influence policy and practice in Iraqi Kurdistan.”

In August 2014, both his father and brother volunteered to fight against Islamic State. When his father was wounded in battle, Sherwan contemplated going home to “do something for my region or even to join the Peshmerga [Kurdish fighters]."

It was about that time that he attended a lecture on international adult and continuing education in which Michael Osborne, Professor of Adult and Lifelong Education, described the idea of “learning cities”.

Learning Cities are places that mobilise resources for goals such as “promoting inclusive learning from basic to higher education” and “revitalising learning in families and communities”, according to the Beijing Declaration on Building Learning Cities.

The lecture struck an immediate chord with Sherwan. Instead of taking up arms, he was inspired to use the ideals of a “learning city” to try and transform Duhok.

He identified three major benefits:
• The project would create links between universities and communities;
• It would provide assistance to displaced people and refugees from the rest of Iraq;
• It would help “combat the ideology of ISIS” and form a distinctive but inclusive form of Kurdish identity, using more libraries and museums to show people about their heritage and customs.

With the support of Professor Osborne, who is also European director of the network of learning cities known as the PASCAL International Observatory, Sherwan secured the support of the local governor in Duhok and attracted similar interest from the region’s capital, Erbil. 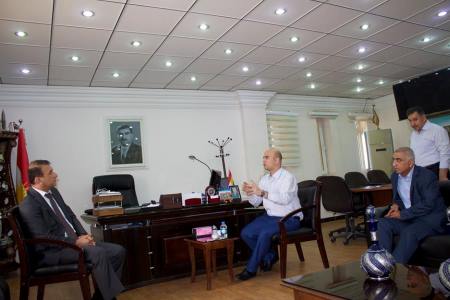 Since then, he has become an active member of the network and was able to send delegates from his home area to the PASCAL conference in Sicily last October.

In June this year, he is expected to showcase his work at the 13th PASCAL International Conference which is being held at the University of Glasgow.

Sherwan said: “Many senior managers of universities and general directorates of culture, art and education and others from both cities have given their support and are embracing any ideas about learning as they consider learning to be at the centre of future plans. They are even considering holding the PASCAL conference of learning cities here in Kurdistan to show that the Kurdish people are welcoming of other cultures, thoughts and modern learning ideas for a smart city.”

The conference will focus on future directions for Learning Cities at a time of “considerable challenge and opportunity, with significant development in their role and contribution to learning”, according to Professor Osborne.

The Glasgow conference will include contributions from cities as diverse as Taipei, Beijing, Townsville, Acireale, Swansea, Cork, Bristol and Glasgow – as well as Erbil and Duhok.

“This conference provides opportunities to share ideas and experience on the development and role of Learning Cities in this challenging context, with opportunities for fresh ideas and innovative forms of partnership,” said Professor Osborne.