Last week's announcement, made from Washington DC but coordinated around the world, grabbed headlines and led TV news bulletins. It also gave the UofG record-breaking exposure on social media, engaging two million people and including nearly 400,000 views of a video produced by the University's media team.

University of Glasgow researchers had been working for decades to support the worldwide effort to detect gravitational waves, and co-led the group inside the collaboration which detected the gravitational wave signal. 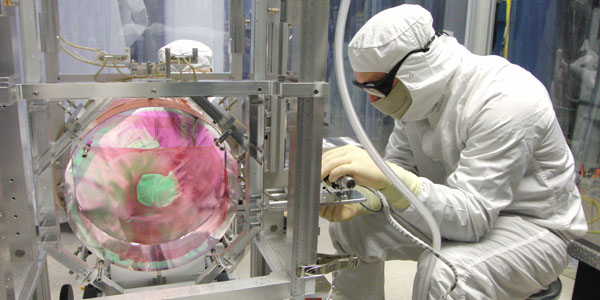 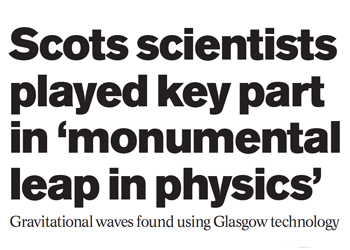 ‌Last Thursday afternoon a major media briefing was held in the Senate Room which was packed for the announcement. Those attending were able to watch the US live stream of the Washington event and then got more information about the UofG's substantial role in the breakthrough.

Professor Sheila Rowan, Director of the Institute for Gravitational Research, appeared on TV and Radio on nearly all the channels.

The Glasgow team featured in the main story on the BBC's UK national evening news bulletins. The University of Glasgow grabbed acres of newsprint coverage on Friday morning, the day after the announcement.

The Facebook video was 'liked' by more than 10,000 people. The UofG Twitter feed enjoyed more than half a million 'impressions' with more than 1,300 retweets. Our Chinese social media channels got heavy traffic with comments, likes and re-posts on Sina Weibo and 46,716 'article views' on WeChat. 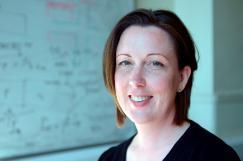 The breakthrough was hailed by Scotland’s First Minister, Nicola Sturgeon, who said: “This is a world leading discovery that again puts Scotland at the forefront of science.

Professor Anton Muscatelli, Principal and Vice-Chancellor of the University of Glasgow, said: “This is an extraordinary day for the University. All of us are immensely proud of the work done by Professor Sheila Rowan and her colleagues in the Institute for Gravitational Research and the School of Physics and Astronomy.

"I know what a marvellous day this is for our colleagues who have devoted so much of their careers to this mission. It is truly world changing stuff! Their major role in the detection of gravitational waves will stand alongside the achievements of our great, scientific alumni: Joseph Black, James Watt, John Logie Baird, William Rankine, Jocelyn Bell Burnell and so many more.

"In providing final proof of Albert Einstein’s theories, an honorary graduate of this University, the discovery of gravitational waves will open up new possibilities for understanding the universe and those beyond our own. I’m sure I speak for all of us at the University in sending our congratulations and admiration to our colleagues in the Institute.”