It has been announced that the BBC 1 documentary Life After Suicide has been nominated for a BAFTA award in the Best Single Documentary category.

One of the main contributors in the documentary is the University of Glasgow's Professor Rory O'Connor, who acted as an advisor and contributor. Rory is Director of the Suicidal Behaviour Research Lab.

The documentary was presented by Angela Samata who lost her partner to suicide. It tracks her journey across the country to meet others affected by suicide as she tries to understand why so many men in the UK take their own lives.

In the programme, Rory talks about the research he has conducted over the past 20 years on the psychology of suicide including presenting his model of suicide, the Integrated Motivational-Volitional Model of Suicidal Behaviour.

The BAFTA winners will be announced in London on 8 May.

On hearing of the nomination, Rory said:"I am absolutely delighted that Life After Suicide has been nominated for a BAFTA. Angela Samata presented a difficult topic with such compassion and understanding - it was a pleasure and an honour to work with her and the BBC on this important project.

"This documentary has played a pivotal role in kick-starting a national debate around suicide - more than 800,000 people die by suicide each year across the globe. It is the leading cause of death among young and middle-aged men in many countries.

"Since it was first broadcast I have been contacted by countless people directly affected by suicide who were deeply moved by the documentary. In many cases it has helped them deal with their own loss and understand why their loved one took his or her own life. We need more programmes like Life After Suicide as we tackle the stigma around suicide and continue to campaign for more funding for research and services." 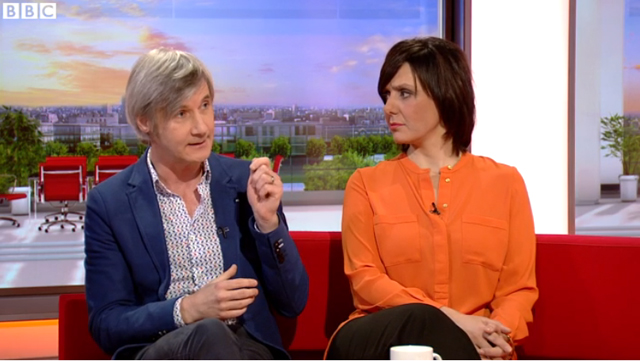 Angela and Rory talked about the documentary on BBC Breakfast just before it was first broadcast, more details at: BBC documentary explores what drives people to suicide