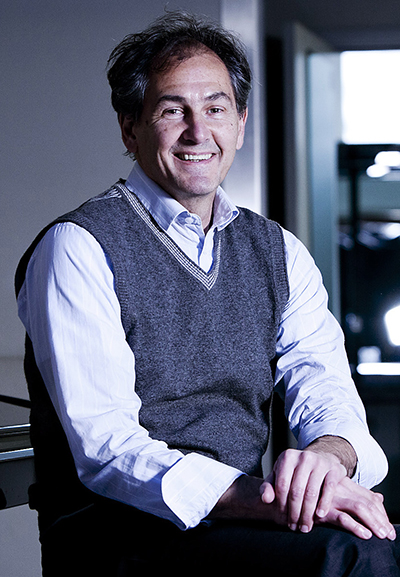 Lecture: Wired for Culture: the origins of the human social mind, or why humans occupied the world

This event was live streamed. Full videos will be made available soon.

Mark Pagel is a Fellow of the Royal Society and Professor of Evolutionary Biology at Reading University in the UK.

He is best known for his work on building statistical models to examine the evolutionary processes imprinted in animal and human behavior, from genomics to the emergence of complex systems – to language and culture.

He is the Editor-in-Chief of the award-winning Oxford Encyclopedia of Evolution and co-author of The Comparative Method in Evolutionary Biology which is regarded as a classic in the field.  He is widely published in Nature and Science.  His book Wired for Culture: Origins of the Human Social Mind was one of the Guardian newspaper’s ‘best science books of 2012

Lecture 1: The evolution of language: from speech to culture

All animals communicate, but language is uniquely human. In this talk, Mark Pagel will show how human languages evolve very much like biological species and even adapt to their hosts – human speakers. He will discuss when language emerged, whether Neanderthals and other hominins were capable of speech, and ask the question of why only humans seem to have language. Professor Pagel will show how language has been more important to human success than have our genes, and that many of our genetic traits exist because of language. Finally, we will explore why are there so many languages and what does the future hold for them.

Lecture 2: The evolution of creativity: you’re not as clever as you think

Human societies are unique among animals for their ability to accumulate knowledge and technologies. It is why we are able to build soaring cathedrals, smart-phones and driverless cars, while our close genetic cousins the chimpanzees live life on the forest floor as they have for millions of years. Why this difference? The usual answer is that we are smarter than the other animals, and we can just figure things out. But it turns out that we are far less clever than we like to think, and most of us never invent anything, much less understand how the things around us work. Even something as simple as a pencil combines many technologies. How, then, have we accumulated knowledge and technology while no other species has, and what can we do to promote innovation in the future?

Lecture 3: Human tribalism – a curse of our evolutionary past?

Humans spent the first 95% of their evolutionary history living in small tribal societies, only beginning 10,000 years ago to live in larger groups.  Today, we routinely live and work among others in our millions. And yet this poses a dilemma.  Nothing in our evolutionary past prepared us to live in these large groups, so how do we explain the enormous social groupings of the modern world and how can they be made to work given our ancient tribal instincts?  Surprisingly, the answer lies in our tribal nature itself.

Lecture 4: The end of Anthropology? What does the future hold for the world’s languages and cultures?

The existence of easy high-speed travel, unprecedented levels of migration, and globalisation in the form of 24-hour worldwide media and social media are bringing about a rapid blending of the world’s peoples, their societies and their languages. Already over 50% of the world’s population lives in cities, and the numbers are rising. Are we still evolving, and what will our cities, languages and cultures look like in 50-100 years?

PhD and ECR Seminar: On Friday 25 October from 14:00-16:00, Professor Pagel will also host a seminar, in relation to his lectures, for University of Glasgow PhD students and Early-Career Rearchers (including Post-Docs and Research Fellows). This event is free but registration is necessary.