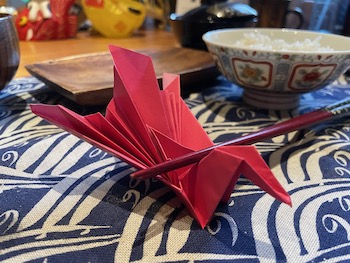 It is the ideology of “Mottainai” that brings Dr Saeko Yazaki to this Food Catalyst. Saeko is a lecturer in religious studies at the University of Glasgow. She specialises in Islamic studies, Muslim-Jewish relations, and Japanese traditions. Born and raised in Japan, where she did her first degree in Tokyo looking at history and Japanese traditions, Saeko moved to Scotland because of her drive to study religion. Undertaking a masters and PhD project, Saeko has been here since, falling in love with what she describes as “the culture, people and warmth of Scotland”.

Mottainai, or ‘going beyond avoiding wastefulness’

Saeko says that the Japanese expression Mottainai is often translated as "What a waste" in English. She describes how “the term gained an international currency amongst environmentalists who were trying to encourage people to have a more sustainable way of life”. This usage centres around reducing the amount of waste we create in our lives, and it was Nobel Prize winner Wangari Maathai who introduced the term in this context in 2005. Saeko notes that the term Mottainai has deeper meaning in Japan, as it is tied to a deep sense of humility and awe. This ethos is very much related to Shinto, a local belief system in Japan, as well as Buddhist ideas. Saeko says that “it isn’t just about avoiding wastefulness, it is also about showing respect and thinking about how we as human beings can co-live with other forms of being”.  Saeko is particularly interested in this culture in relation to food and clothing, as material things that we rely on in our daily lives. But Mottainai is not just about food waste or recycling things, it is about trying not to waste material objects. Saeko uses cooking as an example. She describes how when we cook we use a lot of utensils, and it’s about how we “can relate to those utensils and show respect to our foods and the objects that form part of food culture”. Mottainai encapsulates all aspects of life. Saeko sees resources like food and clothing as areas in which we can make immediate changes in our lifestyles, for the better. 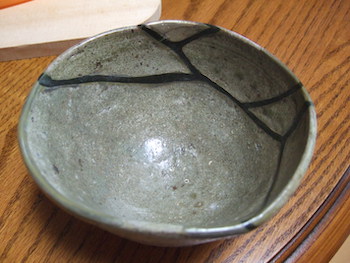 Food and Education in Scotland

Initially, Saeko was surprised about the way people relate to food in Scotland. A tendency to throw leftovers away, for example, shocked her. In schools and in hospitals, Saeko’s experience is that the food served to children or those who are ill is often unhealthy – or at least not as healthy as it should be. She does not think there is enough awareness about the impact food has on our health. That direct connection needs to be emphasised across the population, and Saeko says that improvements in the Scottish diet are needed. She sees that the way to that is through education, particularly because the way people engaged with food historically in Scotland was “much deeper and much richer” than we now acknowledge. Saeko hopes that people can become more “aware and conscious about the fact that what we eat is what we are”. She does not think this should be difficult. In schools, we can create more learning opportunities for children to think about what they are eating, and where it comes from. Is our food from overseas? What impact does that transportation have on the environment? Saeko notes that there are “so many processes food goes through, from the moment of growth until we have it in our mouth. More education is vital”.

Saeko believes that it is very important to work with people both in and outside of academia, in an interdisciplinary manner. In terms of food, sustainability, and the environment, a connected approach like the one integral to Mottainai relies on collectivity. “We are human beings,” she says, “we are composite entities, and so division and pigeon-holing does not make sense”. Bringing people’s wisdom together is key to creating a more well-rounded way of co-existing with our planet. “Collective wisdom is the phrase” says Saeko. “Together we can make such a big difference”.