Food as a Powerful Cultural Medium 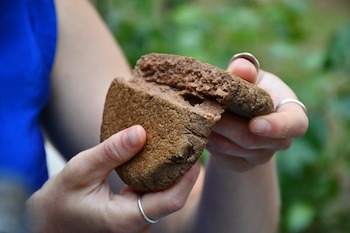 Federico Lubrani, who is a Board Director of Slow Food Scotland and Chair of Slow Food Glasgow, believes that “food is an extremely powerful cultural medium”. With an academic background in history and the conservation of cultural heritage, Federico has worked across the heritage and museum sector. Gradually, he grew curious about the heritage aspect of food. Federico recognised that food is a window into the history of trade and politics across nations. He has given talks and lectures in Spain on food and wine in Ancient Rome, as well as on Medieval food history. After joining Slow Food, Federico began giving lectures in Scotland across HEI institutions. He recognises that food can reveal almost every aspect of life across time and nations, and so taking it seriously as a cultural product is vital.

Federico’s work with Slow Food is not confined to Scotland. Formed in 1989, the movement is now spread over 160 countries, and has contacts with producers, farmers and academics all over the world. The pillars of Slow Food are “good, clean, and fair food”. Federico explains that “good” stands for flavoursome, meaningful and symbolic food, while “clean” refers to the sustainability of food and its interactions with the environment. Finally, “fair” food is about how people should eat, fair access to nutritious food, and what producers should fairly be paid for what they produce. Federico notes that the food sector “has a tendency to demand economic growth and discounts”, without thinking of the livelihoods of the people who grow food. He says that Slow Food “gives attention and focus to the people working the land and producing the food”.

The Ark of Taste and Cooks Alliance

The Ark of Taste is one aspect of Slow Food’s work. Federico explains that the project’s aim is to create a demand for “traditional products” from specific regions that struggle to get on the market. These products can be recipes, breeds of animals, or grains, and a list of the Scottish Ark of Taste products can be found here. Typically, they are foodstuffs that are not as economically profitable as mass-produced goods but are often better for consumers and the environment. The Ark of Taste takes action to prioritise these goods by raising awareness, supporting producers, or driving people towards buying them. One way they do this is through the Cooks Alliance. Federico notes that this group is typically made up of chefs, and Slow Food encourages them to “use Ark of Taste products” and contribute to the conservation of Scotland’s culinary produce. 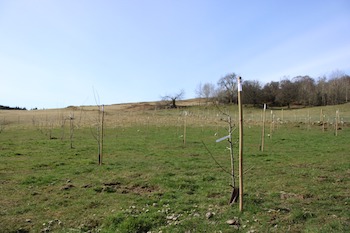 Federico says that he has “always valued an interdisciplinary approach when it comes to food and heritage products”. He thinks it makes “perfect sense” to use the Catalyst to launch a cross-disciplinary dialogue about Scottish food, so we can explore new areas. Every country faces its own set of challenges when it comes to food, says Federico. He thinks that Scotland’s industrial history has meant we have lost the connection between food producers, the land and sea they work on, and the consumers who purchase their products. The art of passing recipes from generation to generation and people having the time and ability to cook and eat together are also under threat. To change this, Federico thinks we need a shift in our role from consumer to one of co-producer. People have the power to influence what products the food sector prioritises, and taking a more active approach to where, how, and what we eat can change things for the better. Key to all of this is the exchange of knowledge and information. This is where Federico thinks multi-disciplinary collaboration through activities like the Catalyst is crucial, so that food history can be uncovered, understood and preserved through modern-day habits.

Back to Food blog