The new author of the ‘Asterix’ comic book series will speak publicly for the first time about the forthcoming ‘Asterix’ adventure, ‘Asterix chez les Pictes’ (‘Asterix and the Picts’) at an event in Glasgow today (Friday 28 June). 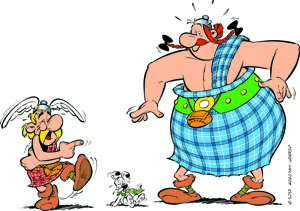 This is a historic landmark for ’Asterix’ as it is the first book in the series not to be written by the creator, Albert Uderzo, the Italian-born illustrator who invented the warrior Gaul with his scriptwriter friend, Rene Goscinny, in 1959.

Jean Yves-Ferri and new illustrator Didier Conrad have taken over creative duties from Uderzo and Goscinny, who retired in 2011. This publication is particularly highly anticipated as they are the first people, other than the original creators, to hold these posts.

The lecture, being held at the Grand Salon of the Alliance Française de Glasgow in Glasgow’s West End, will be the first time that Ferri has spoken publicly about the launch of the new book, which is set in Scotland and is to be released worldwide on 24 October 2013.

The famous ‘Asterix’ series is the world’s number one selling comic book series, estimated to have sold over 350 million copies worldwide and inspiring 12 films. As well as detailing the reasons for setting the new book in Scotland, Ferri will speak about the process of taking over from the world’s most successful comic book illustrators.

This is the 35th book in the ‘Asterix’ series, and it tells the story of Asterix and Obelix’s journey from ancient Gaul to Iron Age Scotland and their meetings with the fearsome Pictish clans living there. 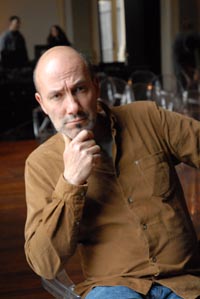 Jean Yves-Ferri said: “Asterix and the Picts’ in, in true tradition, an epic journey into a land of rich traditions and history. This latest adventure will take the Gauls into the heart of Scotland, where they will meet the fearsome warriors and ancient clans of the Picts and will discover whisky, bagpipes, the origins of Hadrian’s Wall and the locations of the Loch Ness Monster. Who knows, maybe we will get to see Asterix in a kilt!”

The lecture is the final keynote address of the prestigious week long ‘International Comics and Graphic Novel and International Bande Dessinée Society Joint Conference’ being held at the University of Glasgow between 24-29 June.

The conference brings together over 100 academics, authors and experts from around the world. It aims to broadly address the origins of the comic book genre and the cultural status of comics today whilst also investigating the emergence of an international comics traditions and how the genre reflects national identities up to the present day.

Dr Laurence Grove, conference organiser from the University of Glasgow, said: “Astérix changed world comics, but also changed world culture. He has had the first European rocket named after him, he has been on the front cover of ‘Time’ magazine, and he has come to represent the embodiment of French ‘savoir faire’.

“This year sees the launch of one of the most highly anticipated comic books of all time and it is a great honour for the University of Glasgow to welcome Jean Yves-Ferri to Glasgow to talk about the new book for the first time.”

Please contact Nick Wade in the University of Glasgow’s Media Relations Office for details at nick.wade@glasgow.ac.uk or on 01413307126.