The secrets of Britain’s most successful marriage maker revealed

Historians are today launching an online resource that will provide a permanent and publicly accessible record of the letters of one of Elizabethan England’s most remarkable figures.

"The new archive, funded by the Arts and Humanities Research Council (AHRC), will make the Letters of Bess of Hardwick available online alongside annotations and analysis from academic experts from the University of Glasgow. Technical development of the website was undertaken by the University of Sheffield's Humanities Research Institute. It is the first time that the letters, which are currently held in 19 separate locations around the world, have ever been collected, transcribed, digitised and uploaded for public use." 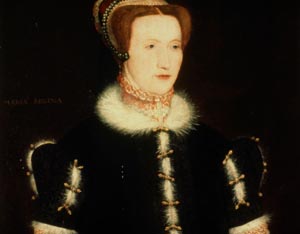 Bess of Hardwick lived between c.1522 and 1608 and rose from obscurity to become the second richest woman in the land, behind only Queen Elizabeth herself. Over the course of her long life she became known as an indomitable matriarch and dynast and the driving force behind the construction of several of the nation’s great country houses including Hardwick Hall and Chatsworth House.

She also wrote more than 240 letters that researchers on the 3 year project believe will open a window to one of the richest archives of Tudor society in existence today. Written over a period of almost 60 years, the letters provide fascinating insights into language, literacy and cultural environments of Sixteenth century England.

Dr Alison Wiggins, Principal Investigator on the project said: “Bess of Hardwick is one of the most colourful characters of Elizabethan England. Over the course of her lifetime she rose from distinctly modest means to become the second richest woman in the land, building some of the nation’s most iconic buildings along the way. 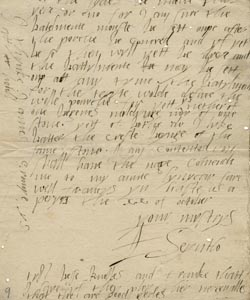 “Her letters include instructions to servants and orders to builders; expressions of affection between husband and wife, as well as bitter marital disputes; gossip from court; entreaties to the queen and her councillors; legal petitions and interventions; advice to her children and strategic marriage negotiations.

“They really bring her extraordinary story to life and allow us to eavesdrop on her world. They allow us to reposition Bess as a complex woman of her times, immersed in the literacy and textual practices of everyday life as she weaves a complex web of correspondence.”

Bess of Hardwick was closely connected to Queen Elizabeth’s court and acted as keeper to the captive Mary Queen of Scots at several points throughout her life. Later Bess even managed to engineer a claim to the throne for her own granddaughter, Arbella Stuart, which was never realised.

Letters were the primary means of contact that women like Bess of Hardwick had with the world at large. In letters, Bess asks and learns about births, deaths and marriages; investigates potential tutors for her sons; tries to keep her gambling son in check; arranges and re-arranges sometimes difficult relations with her husbands and friends; and acts as a lender of goods and sender of gifts and money.

Bess of Hardwick was married four times during her life, and she outlived every one of her husbands. Her first marriage was to local landowner Robert Barlow; and her last some 20 years later, when she was in her 40s was to George Talbot, 6th Earl of Shrewsbury, which secured her the title of Countess of Shrewsbury.