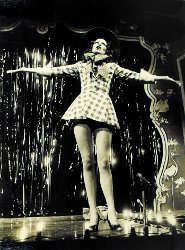 Amongst her early pantomime memories are visits to Glasgow’s Citizens’ Theatre to see the Giles Havergal/Myles Rudge pantomimes Mother Goose and Puss in Boots.