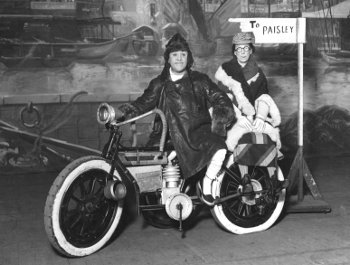 Paul is the Research Fellow on the AHRC-funded project Pantomime in Scotland: ‘Your other national theatre’. He previously worked as a stage director in opera with various national companies, before completing a part-time MPhil at Strathclyde University. Supported by an AHRC doctoral award, he has recently completed a PhD on the Britannia Music Hall and the development of urban popular entertainments. His responsibilities within the project include leading the oral history programme.

He is a contributor to the Oxford Dictionary of National Biography, the Biographical Dictionary of Scottish Women (2006) and to the online history of Glasgow, TheGlasgowStory.