I joined the School of Social and Political Sciences as a British Academy Postdoctoral Fellow in January 2020. Currently, my main research project at the School attempts to understand the relationship between the Chinese Communist Party and the government.

Before coming to the University of Glasgow, I worked in Beijing at the School of Government, Peking University. Within the School, I was based at the Research Center for Chinese Politics, where I studied Chinese political discourse and its role in the political system.

I received my PhD from the University of Bristol, and spent several years during my doctoral studies based at, or working with scholars from, Tsinghua University's NGO Research Center. With the NGO Research Center as a base, I was able to be both actively involved in the Center's research and to undertake my own research at different types of grassroots NGOs working on issues such as migrant worker rights, HIV/AIDS, and environmental protection. I continue to be interested in "civil society" under the PRC's one-party system, but more recently have come to realise the need to bring that system's "party" into any examination of the state-society relationship. 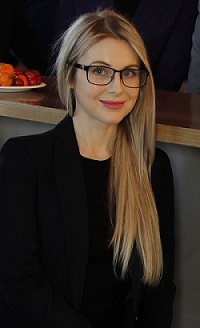