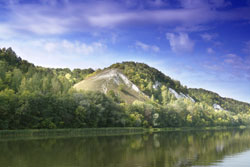 Recent studies in the geography and sociology of scientific knowledge have suggested that the conceptual understandings and practices of science vary spatially across a range of scales.

This project aims to extend this literature by means of a detailed empirical study of the development of a key environmental science concept at a national scale. The project will argue that differences in scientific understanding arise not only from the particularities of disciplinary debate but also from distinctive traditions of scientific thought specific to different countries. Through a detailed study of Russia, the project will seek to show how the landscape concept was received, interpreted and contested in that particular country, whilst remaining sensitive to the many ways in which such understandings were influenced by events and ideas in the wider world.

In collaboration with Dr Denis Shaw (University of Birmingham)